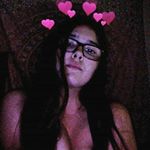 We are warned about the one that got away. That one day you will meet the right person at the wrong time or circumstance will wrap her fingers around you and pull you away. And we are aware of this, so we know what to do. We know to accept, move on, and forget. We are taught that this is a fact of life, that there is some uncontrollable force driving the wedge between us and this almost lover.

However, there may come a time when that wedge is not manifested and inserted by an uncontrollable force, but rather so happens to not just be in your control— but be you yourself.

Many of us have the tendency to push people away. We build walls and shut people out, each for our own myriad of reasons. We may fear what letting someone in will do to us, and the stronger you feel connected to them, the more power to hurt you-you know they potentially have. So, sometimes that one person may come along, the one who understands you in a way no one else ever has before, someone who you feel like you have loved forever, or at least feel like you have always had love meant for. And instead of welcoming them with open arms as one would logically expect, you push them away.

Now, you don’t necessarily mean to do it on purpose, but you do. You are aware of what the worst case scenario is, and out of fear, you try to take power over the situation by doing it first, ending things with the person.

Whatever Psychological phenomenon this may be, it is just that, psychological, all in your head. If you pushed this person away and are still grieving the loss, you must accept what has been done, even if your plan is to try again. To apologize to someone, you must accept what you have done in order to understand how or why it hurt them so you can move on and rectify the situation. If you do not face your fears you will be caught in a vicious cycle of pushing everyone away.

Or, maybe you had no personal fears. Maybe you were ready this time, and they were too. So, you let another factor get in the way. Maybe a friend was pursuing the same person and you conceded. You may have mistaken one of the “uncontrollable factors” and gave up before you even tried to take control. Maybe, your pivotal mistake was refusing to fight.

My “One I Let Get Away” fought, he was persistent and chose to follow his feelings for me, ignoring the obstacles thrown in our path. In hindsight, these obstacles were minuscule and would have easily been conquered had I just stood my ground and allowed myself to make irrational, and maybe even selfish choices. However, I was damaged from a previous situation where I consistently made irrational choices that ended up being bad for me. So being rather foolish, I surrendered and compartmentalized. Tucking him and all the memories he left behind into a neat little box, accepting him as “The One That Got Away.”

It wasn’t for a while that I came to the realization it was my fault. He certainly was not the first boy I mourned a loss of, but he was the first one whom the loss of I mulled over that I had an explanation for. Before him, I suffered ego shots due to rejection. “Why?” I’d cry out, “Why aren’t I good enough?” This time, I had answers to all of my questions. Forcing me to have to form new ones. It was this new thinking that really made me realize that it was in fact—for lack of a better term—my fault.

He told me he loved me. He told me he would drive the distance. He damned those who got in our path. He was eager to put forth the effort that came along with loving me. Our love wasn’t—and probably would never have been—an easy one. I, however, could not find it within myself to hurt others for my own gain. So, I let him go. He told what I had to do to make it work, pleading with me to just say three little words. Yet I could only come up with two. “I’m sorry.”

Once I realized he was actually “The One I Let Get Away”, I stopped hating destiny so much. I no longer looked at her as this cruel force, taunting us with “what could’ve been” But, chose to do what I couldn’t do before, trust and go all in. I decided that the “The One That Got Away” was not real because if they got away, then they weren’t the one. I convinced myself soulmates were real and If anything is meant to be, it will be.

If I learned anything from my experience is that sometimes you need to stop thinking and just fall. Allowing myself to do this is a big step, even if it is with a mythical force and not a living, breathing human.

Now that you’ve realized they were the one you let go, finish the job. Let them go, and that includes the fantasies. You may surprise yourself and learn that you were infatuated with your “what if’s” and not the person themselves. Sometimes, we merely fall in love with the idea of what people can do for us.

Once you’re free, explore. The only way to improve is to try again. Now that you know your flaws, you can avoid acting upon them. Remember the pain you felt when longing for them and do what you can to avoid it.

am a city champ in competitive trivia B)