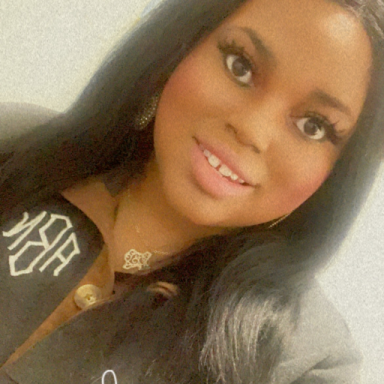 It has taken years for me to get to where I am. Now that I have arrived, I realize that it was your loss.

My heart has the peace it deserves, but there are some things I’d like to say.

You’re the worst thing that has ever happened to me, and it made me a better woman. After years of trials and heartbreak I gave up on you. The thought of not being your savior broke me more than it should have. I felt guilty, although I’d already spent actual ages begging you to be a better man. I believed in you. My faith was never a good enough cause for you to change.

You continued to be abusive, manipulative, and controlling. You convinced me that my strengths were my weaknesses because they didn’t fit your agenda. There’s a laundry list of factors that ultimately led to our destruction.

I could scream to the sky, the mountains, your small town, and my own about the things you did to me. And when we were first over, I did.

I found myself telling everyone I knew about the man who hurt me. But one day, I took a different approach. I realized that you didn’t deserve that power. I looked at a picture of you and belly laughed. I laughed until I cried because you never deserved enough of my heart to break it. So I redirected my pain into my talents that you told me I didn’t have. I put the smile back on my face, the one that made you so angry. I stopped being sorry about upstaging you with my big personality. People love me. I was the sun in your sad, gray sky. You tried to make me a rainy day to compliment your dreary clouds.

Some fires that are meant to burn us actually refine us and create something beautiful. I have boundaries. I’m no longer afraid that I can say something so awful that people will leave forever. I’m not afraid of my feelings.

Everyone isn’t you. The world is full of great people who are able to love honestly without jealousy or possessiveness.

I have dreams again. I feel deeply that I can do whatever I want to do, including falling in love with someone else.

That’s right. Your biggest fear, second only to losing control of me. I have found the courage to fall in love again. And he won’t ever pay for your mistakes. I won’t be afraid to be flawed and emotional. I’ll dance to our song with him and not think twice about you. I won’t ask his permission to be myself. I will continue to be strong and fierce, but also soft and trusting when he deserves it. I am the best version of me.

Valentine’s Day 2023 Forecast: A Zodiac-Based Guide To Romance And Love