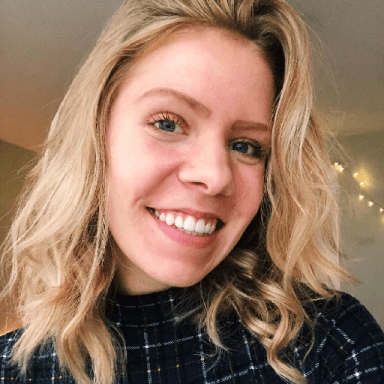 Six months ago, I would’ve agreed that the stigma around fairytale love existing is BS and love at first sight is something Walt Disney made up in order for kids to buy princess DVD bundles. I would’ve never bought into the idea of finding someone who made me feel hopeful for the future and joked about owning a pet named Doughnut.

I would’ve laughed in your face six months ago if you’d said I would miss someone as soon as they kissed me goodbye. I wouldn’t care if they took up a majority of the bed or eaten the last bite of carrot cake you had been thinking about all week.

And I would’ve freaked out if you’d said I was going to put all the love I had saved up, gotten back from previous relationships, and almost lost into another person’s heart willingly.

Because that sounds like a dream, right? A terrifying, crazy, but beautiful dream you have wished for.

Giving your all to someone who you have to put complete faith in will keep your heart safe is a 50/50 chance you were never willing to take.

You have to trust they won’t leave when you explain your mental health issues after drinking too much sangria or breaking down when talking about the scars your dad left you with.

Even if you’re confused, discouraged, or scarred from previous relationships, give this wonderful person a chance. He could be ready to give you everything your heart has wanted.

He may seem too genuine, too kind, or too perfect. Or maybe your vision is blurred by every boy who has walked your path having the mindset that you’re just a game to them.

I’m basically saying let them into your incredible life. From your disgusting post-workout face to the tears your eating disorder created after you went back for a second serving of pizza.

Get drunk with him and accidentally say you love him but pretend you remember none of it. Stumble down the city streets eating ice cream like he’s the only one watching you. Catch him gazing at you when you’re stressing about what to wear because he’s confused on how you don’t think you already look beautiful.

Realize that he is everything your life needs, everything you have been waiting for, and the love you should’ve been given a long time ago.

I wouldn’t go as far as saying it’ll be a fairy tale, but I would say it can come pretty close a majority of the time.

Let him in, let your guard down, and for god’s sake let him love you because it’s the least you can do for a heart that has been broken, beaten, and bruised for so many years.

Let him be your everything, let his heart be your home.

I write for Odyssey Online and I am the Editor-in-Chief of the Western Washington University Community. I currently am studying Communications and Sociology. I love writing (obviously) and I am into acting and the arts.