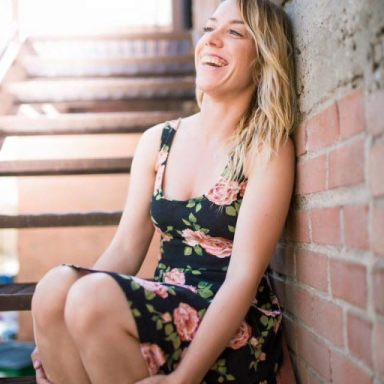 I only have fragments of memories from my childhood. It’s like my memory is a broken mirror I want to piece back together but don’t want to touch because the shards will cut me. My mother likes to say that I only remember the bad parts — and that’s exactly what a narcissist would say.

Being raised by a narcissistic mother is akin to growing up in a cult. The narcissist is the leader — and everyone around them plays into their hand whether they realize it or not.

As the narcissist’s child, you’re built up to feel special, only to be torn down the moment you have any self-esteem. From the time you begin standing up for yourself, you’re consistently gaslit so that you grow up learning to doubt your own beliefs. You’re misled to believe that being loved takes work, and only if you could finally impress them they’d give you the attention you need.

As you grow older, you might become suicidal, or have unexplained health issues.

As a child, my mom constantly told me I needed too much. She seemed happy as a kitten if I stayed downstairs and left her alone so she could watch TV. When I’d ask her to help with my homework, she’d get frustrated after five minutes and start yelling — so I’d apologize profusely and go back downstairs to try my best.

My mother was regularly yelling. My older brother had died from depression years ago, and I had come to my parents as depressed later as well. It was brushed off as “everyone gets depressed” — however, whenever I defended myself to my mom she’d call me insane and say I needed help.

Years later in university, I told my mother about how I was going to a psychiatrist for my mental health. She told me to be careful or they’d lock me up.

When I was younger, I thought my mom said this because she had a stigmatized view of our mental health system — but as I’m learning from Inner Integration, a podcast about healing from narcissist abuse, the behavior my mother exhibited is incredibly common in narcissists. The last thing narcissists want is for you to get help because then they can’t control you anymore.

At the time, I didn’t know any of this and was a very hurt teenager who couldn’t understand why my mom would say that I was “a troublemaker” who “wanted attention.”

It never occurred to me that my mother was a narcissist. I’d only heard about the kind of narcissists who were Hollywood actresses with face-lifts and outwardly full of themselves. That wasn’t my mom, who worked a regular job, was reserved and kept the blinds closed because she didn’t want anyone to know her business.

It wasn’t until at almost 29-years-old that it really clicked. After cutting my family out of my life a few times, I realized that no matter how many times I tried to give them the benefit of the doubt nothing changed. They didn’t seem to care about my well-being, and acted like doing the bare minimum was doing me a favor. I started going on forums for people who were raised by narcissists, and suddenly it was like my whole childhood was staring me in the face.

I grew up feeling like I was going crazy. My mom would get mad at me about something, and I’d try so hard to resolve our conflict — only to be ignored and forced to go to bed in tears. Sometimes I would lash out because I couldn’t take it anymore. One time my mother forced her way onto the computer tauntingly to read my private messages, and I smashed her hand into the keyboard because she wasn’t respecting my boundaries. Then, she’d start yelling and crying like I was the abusive one. I started to think maybe I was.

My father, who was usually timid and in the background, also sometimes reached his limit. Suddenly he’d become a boiling tea kettle that would have to spout steam or otherwise explode. Since my mom would blame me for our fights, he would corner me into the wall and yell at me to just behave.

In high school, I kept to myself and barely talked to anyone. I turned from a straight A student to skipping class, smoking weed and flunking my exams. Teachers just assumed I was a bad kid when really I couldn’t concentrate on school because my mental health was deteriorating. I felt like I didn’t fit in anywhere — at school or at home. I got drunk and high to escape — but it wasn’t like my mother accused me of. I’d have a cooler here or a puff of a joint there like any other teenager.

One night I came home from hanging out with some friends. We’d been drinking Smirnoff Ice in a park, and I was barely buzzed. I’d lied and said I was going to a movie because even when I just wanted to go out for coffee my mom would block the door from letting me leave. She was terrified I was going to do drugs or get pregnant, and she regularly checked my eyes when I came in the door.

When I got home, it was apparent my friend’s mom had called mine to let her in on our secret. My mother stormed towards me angrily, demanding to see my eyes. She pinned me to the ground, getting on top of me and holding me down as she continued to shout at me. My mom stared in my face and proclaimed that I was on drugs, urging me to reveal that I’d had sex. I protested, telling her to get off me — when she slapped me across the face. She kept pressing on as if her life depended on knowing the status of my virginity.

My father stood in the background. He probably said something like, “come on, honey,” sheepishly.

Then, my mother did something I still try to block from my memory. As she continued to scream in my face about whether I’d had sex, she started to grab at the zipper of my pants as if she was going to check for herself.

My mom must have had a moment of clarity because she stopped. I’m not sure what she was hoping to find.

The reason I had wanted to hang out with my friends that night was because my parents were taking me on a week-long trip to Hawaii the next day. I spent the whole vacation with a slap mark on my face, mulling over what happened in a tropical paradise. It was incredibly conflicting to be in Hawaii with my abuser who was treating me to virgin pina coladas — but it wasn’t the first time. My mother would look back on these times and say she couldn’t possibly be such a bad mother when she took me on all these vacations.

Money was a currency that my mom often used as a weapon. One time when I was a child, she took me to buy new clothes. At one point, she yelled at me because I didn’t want to wear the ones she picked out. She called me ungrateful and told me she was taking me home. The next morning, I was sitting at the kitchen counter when my mom dropped a twenty in front of me. I asked her what it was for, and she smiled proudly and said, “just because.”

Fast forward to after university when I couldn’t keep a job and support myself due to mental illness. My mom would randomly send me money — which I appreciated a lot. But when I’d ask her for it because I needed to buy food, she’d say she just gave me some. “Where did it all go?” she’d ask, pointedly. I hated how little and out of control she made me feel, and I vowed to find a way to stop taking money from her.

Growing up, my sister seemed to hold a grudge towards me and had a way of making me feel invisible. I can verify this because she made all my boyfriends feel the same way. She thought I had it easy growing up based on how she was raised — but I don’t entirely blame her. My mother would tell me my sister didn’t want to see me and regularly talk about her in a negative way — I can only imagine she did the same about me. Pinning children against each other is common with narcissists because it keeps them from seeing the truth.

I was getting increasingly ill with numerous symptoms like chronic fatigue, brain fog, and anxiety. I ended up moving home for a while because I couldn’t keep a roof over my head. As I fought to get better, I started to have delusions that my dad was going to stab me with a needle in the kitchen. I fantasized about burning the house down so I could finally escape. I wasn’t aware that this was a symptom of PTSD. All I wanted to do was to feel better so I could support myself — but it took a good 6 years and a lot of medical appointments to get back on my feet.

I had hope that as I got older the better things would become. I’d move and cut my family out of my life for a couple years, and then the narcissist’s cult would take hold of me again. My mother would guilt me back by reminding me that she was getting old and would die soon, or I’d go see my family because it was the only way I could have contact with my nephew. But although the dynamic changed and aggressive fights turned to superficial brunches, the neglectful relationship stayed the same. After I told her that my disability application had finally been accepted and I was financially stable, she reacted negatively because now I had a “label.”

The last time I saw my mom, it was this fall. I had been called into the rheumatologist for lab results, and I was a nervous wreck. I asked my dad to drive me, and he said: “I guess I have no choice.” When he and my mother picked me up in the car, I tried to talk about what I was feeling. Every time I’d speak for a while, my mom would cut me off to change the subject. I told her I really needed their support, and she said, “I let you talk — I didn’t think you needed to talk so much.” When we arrived at the clinic, my dad parked and said, “Okay, we’ll be here.” They were planning to sit in the car.

I’ve come to learn that just because people are supposed to love you, it doesn’t mean they do. People who love you want what’s best for you — not what looks best on the surface. They don’t call you insane for expressing your feelings. They don’t tell you that you need too much. They have healthy conversations and work to resolve issues with you. They’re happy to be there for you emotionally because they care about you.

Just like an abusive friend or partner, if a family member treats you poorly they shouldn’t be in your life. There are so many other people out there who can become your chosen family and give you the kind of love you deserve. I’m almost 30 now, and I refuse to waste any more time around people I don’t feel good around. After all, the one thing my parents did right was name me Amanda — which means “worthy of love.”