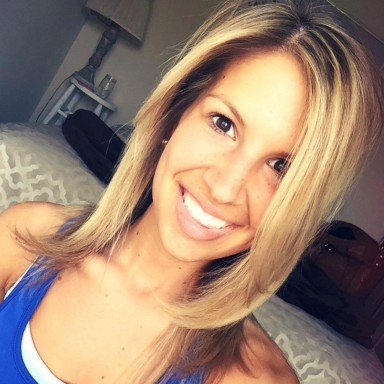 He was going to be the one until I lost him.

At first it hurt. It hurt A LOT. I had one too many sleepless nights where I laid in bed with balled up tissues scattered around, tears soaking my pillow. Where I felt like the pain would never stop, where I questioned leaving him, where I berated myself for not trying harder.

People come into your life for a reason, I do believe that. They teach you lessons, bring you happiness or maybe sadness, open your eyes to new experiences, help you discover who you are and what you want.

People sometimes also leave your life for a reason. They leave because they’ve served their purpose, because they’ve taught you what you need to learn and now it’s time for you to move on. These people, the ones that come and go, aren’t meant to stay.

When they leave, the pain cuts deep. You feel abandoned, like they left you out in the pouring rain without an umbrella, like they slammed the door in your face. You feel like they took your heart with them as they sped away; you often feel betrayed, hopeless, destroyed.

It’s okay to feel these things in the beginning. But after a couple of weeks or months or however long the process takes, you have to step back and reflect. You have to remember that in losing these people, in losing the ones who are toxic or abusive or cruel or careless with your heart, you are gaining so much more. You are gaining self awareness, joy, freedom, peace.

So stop acting like you let go of something valuable, stop giving him (or her) that power. Pick yourself up, stitch your heart back together and tell yourself everyday that this is not a loss but a win.

I lost all of those things when I lost him. I understand what that feels like, I understand the nights where you lay in bed and feel so alone it’s hard to breathe. Losing always hurts, I get that.

But guess what. I also lost a few other things.

I lost ignored texts and phone calls, cold hearted manipulation and the feeling of never being good enough. I lost hurtful comments, being told it was always my fault and the way he didn’t care when I cried.

I lost a man who emotionally abused me.

So while it’s hard, it’s not a loss. He came into my life and gave me a “learning experience” as my mom would say. For that, I am grateful. I’m grateful for what few good times we had and for him showing me how strong of a woman I could be.

If you’re feeling the same way, if you’ve finally let go of someone toxic and you don’t think you’ll ever get over them, if you are blaming yourself, don’t. Please don’t. They aren’t worth your energy or your tears anymore. They aren’t worth anything to you now.

You may have lost them but you won something better. You won your life back.

Amanda is an anorexia survivor, body positivist, and writer. She loves toast and rainy days and wants to grow up to ...