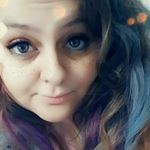 According to the DSM-V, Borderline Personality Disorder (BPD) is a pervasive pattern of instability in interpersonal relationships, self-image, and emotion, as well as marked impulsivity beginning by early adulthood and present in a variety of contexts, as indicated by five (or more) of the following:

*Identity disturbance: markedly or persistently unstable self-image or sense of self

The DSM-V does a great job of labeling symptoms of BPD, but what it doesn’t show is what it’s like living with BPD. This is my story.

My psychiatrist first explained to me that BPD can be caused by trauma. Images flood my mind when I hear that word—of my ex screaming at me, of slammed doors and cold shoulders, of tight grips on my wrists and bruises on my skin. I explain the past and my psychiatrist nods knowingly.

“I’m sorry those things happened to you,” he says as he begins to draw a balloon on a sheet of paper.

He writes Trauma, BPD, and PTSD and scribbles some of my symptoms around the outskirts of the balloon. When the trauma fills the balloon, the symptoms are released, unless you work on your skills and self-care, he tells me. And so I work on the skills, and every day I get a little stronger.

But the truth is, every day is a battle, not just with the symptoms, but with the stigmas. The world tells me I am abusive, manipulative, vain, and selfish; after all the abuse and gaslighting and put-downs I’ve endured, I sometimes think it might just be true.

And sure, it may be true that your world will change if you make your diagnosis known to it. People may judge you, condemn you, and tell you that you are the cause of everything negative in your life, but what the DSM-V doesn’t tell you is that none of those stigmas are true.

The truth about life with BPD is that life is still beautiful. Life is a little more intense, a little more up and down, but with a little bit of mindfulness, some searching through the gray areas, and lots of support, you can achieve anything that you set your mind to.

The truth is: I have Borderline Personality Disorder and I deserve just as much happiness as anyone else. And so do you.