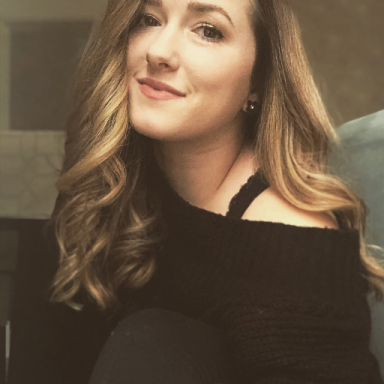 I get it. You just got out of a long-term relationship that you put an end to. You had high expectations about meeting someone new, falling in love, and building that white-picket fence. Trust me, I’ve been there. But here’s the reality: Your ex found someone before you.

Now, those words sting. The thought of your ex finding happiness before you seems undeserving and downright unnerving. But before you get your panties in a bunch, here are five reasons why your ex found someone before you.

1. They don’t know how to make it on their own.

Let’s face it. Who pushed them into starting their career? You did. Who convinced them that a sleeve of Oreos wasn’t a proper meal? You did. Who reminded them days on end to go get their tux fitted for their best friend’s wedding? You did. Who consoled them when life repeatedly didn’t go their way? You guessed it, you did. The reality for some is that they are incapable of being alone and need the support of someone else to stay afloat, no matter who that person may be. They constantly need someone to lean on, to depend on, and to confide in because they know for certain they can’t go the distance alone. To them, a copilot is a copilot.

Well, well, well… What a shocker. Perhaps your ex decided to settle on the first person that swiped right on them. It’s quite possible. After an ex has lost the best possible partner they could have had in their lifetime (you!), the only thing left to do really was settle on a new one, and fast. Who cares if they aren’t that interesting? Or if they think the New York Yankees are a hockey team? They’ll just have to do.

3. They want to see you cringe.

After being broken up with, your ex could possibly go all Carole Baskin on you. But instead of feeding you to a live tiger, they could start a new relationship with someone solely for the purpose of grinding your gears. Now, your ex wouldn’t play this little game, would they? They would and they just might. Even though you’ve lost love in your heart for this person, it’s still disappointing to see them with someone else so soon after you’ve parted ways. They know this and they use it to their advantage. What says “Screw you!” more than an impromptu I’m-going-to-get-you-back-by-pretending-I’m-happy charade? Nothing. Literally nothing.

It’s possible that your ex found someone nearly as admirable as you and has the opportunity to dive into another healthy relationship with a seemingly normal person. For this, they are lucky. But probably not.

This is the last one because this is the worst of them all. I know what you are thinking. What about all of those times they repeatedly told me that they would change for the sake of saving our relationship but never did? I know. But maybe the end really was a new beginning for them and they truly did that 180 they always promised you in hopes of not destroying their next endeavor. Maybe they did finally learn to maintain that unruly, barbaric-looking beard. Maybe they did make a vow to be faithful for the remainder of their days. Maybe they finally have a plan for a future and a credit card in their name. In this case, we really just need to sigh a big “WOW” and move ourselves along.

Your ex found someone before you. So what? It isn’t the end of the world. It’s the start.

On a mission to keep it real. Follow Amanda on Instagram or read more articles from Amanda on Thought Catalog.

3 Serious Questions to Ask Before You Get Back Together

When The One You Let Go Was “The One”

Be Grateful For Who You Didn’t End Up With

If It Bothers You To Think About Your Ex With Someone Else, Read This