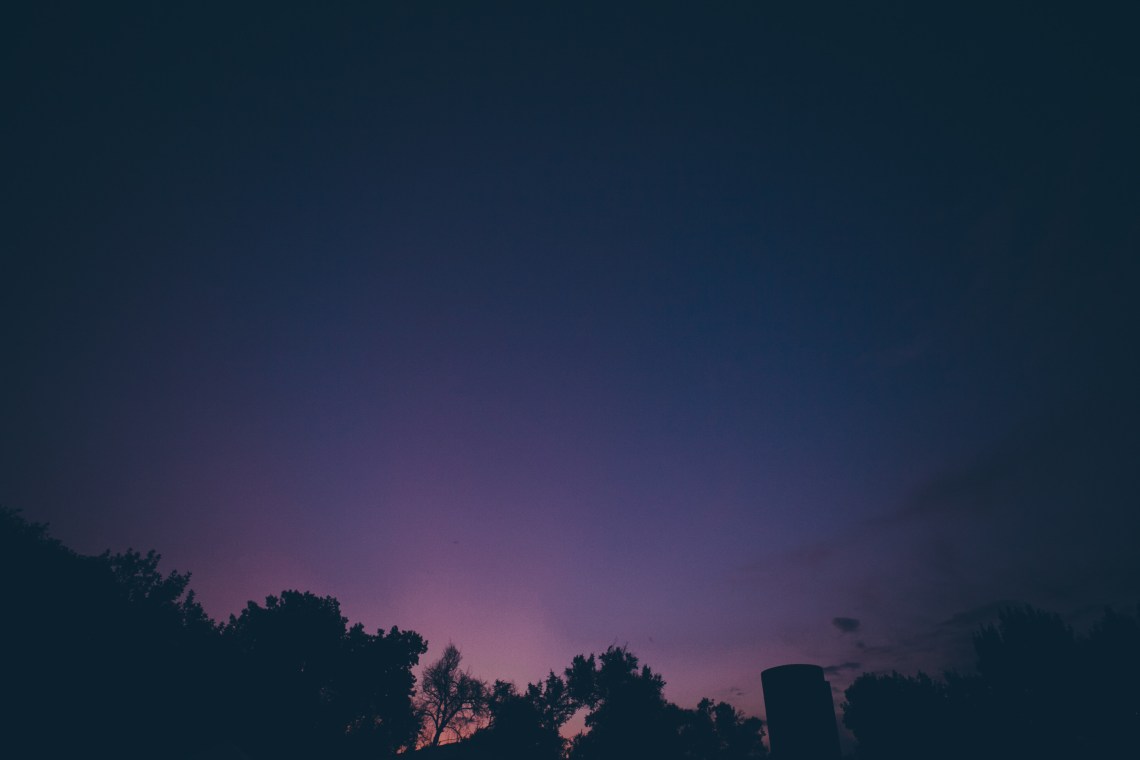 On Sunday mornings I’m out of the house by 6.45am, so it’s most likely that I get to see the sunrise. Today is one of those days.

It reminded me to take time to see the beauty in the things around me and also reminded me of how God paints the sky just for me to make my heart swell. I like to make things personal.

But it’s 6.45am and I’m in a speeding car, desperately snapping away in an attempt to capture a picture worthy enough of showing to anyone else, and then I wonder – why am I doing this? Today was to prove a point – all the pictures I took ended up blurred and grainy, which led me to decide that I’d rather be absorbed in the moment, taking in all the sights and feels than to be caught up in taking an ‘Instagram-worthy’ picture.

I guess it all boils down to how we want others to perceive us. Inasmuch as we tell ourselves our worth isn’t based on how many likes we get on our pictures (yes, that’s true), somehow we still are confined by these ideas and concepts that we have been constantly surrounded by. How sad. This is also the reason why I’ve stopped posting pictures on my Instagram profile.

The past year has been spent reinventing myself, determining what and who my worth is in and figuring out what I want for myself. I must say that it has been a fruitful journey, even though I learnt many things the hard way due to my refusal to get help when I needed it. I am a painfully private person and this journey of self-discovery I have embarked on is a journey for a lifetime. The idea of me not taking many pictures is just one aspect of self-discovery I have found myself in.

On my recent trip to Korea with one of my friends, we were on an island and I was soaking up all the scenery and admiring things I don’t always have the chance to see back in Singapore. This was followed by an accusation coming from my friend of “you don’t seem interested in taking pictures.” I explained my point of view to her but she couldn’t take it the exact same way as I did, which was as expected, but that’s okay. Every person is entitled to their own opinions and I respect that. She spent her day taking pictures and I spent my not taking pictures, and both of us had fun in our own ways. I totally get the point about taking pictures to keep and recreate memories, people even make jobs out of that. But I myself, not being that much of a sentimental person, could also be another explanation for the lack of pictures taken in my life. I prefer relying on my words to keep these memories for me.

When I was 18 I went to watch The Maine, (still my favourite band after all these years) and John, the lead singer told us all to keep our phones and stop trying to video tape everything. I went to the concert with the mindset of ‘I can’t wait to take a nice picture so I can post it on Instagram.’ For the better half of the concert I was obviously caught up in trying to take pictures and to record my favourite songs with my then two-year-old blackberry, which resulted in me not even remembering how it felt like listening to the first few songs and how the whole atmosphere was like. I don’t even think I was paying attention. I was just trying to record seeming memories (which failed terribly because my phone crashed on me and I only managed to shoot 2 pictures of the band, no recordings. I almost cried.) It was only after John told us to keep our phones and I did, that was when the real concert started. To date, it’s still the best I’ve been to.

Of course my fleshly desires still run after me, where in subsequent concerts that I’ve been to I attempt at taking nice pictures to show all my friends where I’ve been for the night and recording all my favourite songs that have gotten me through the tough times. Every single time I find myself with the same outcome – it is not fulfilling at all. Yes, you end up with a whole bunch of pictures to brag about and playbacks you can let all your friends listen to, but for me, I wouldn’t want that. After all, these things get stored in my phone and end up getting lost or deleted over time. Personally, I’d pay to appreciate the music and to capture memories in my head. I’ve learnt it the hard way but it has been worth it. I believe no journey taken is wasted.