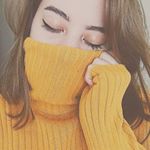 A hard truth: He doesn’t want you, darling girl.

Maybe he doesn’t not want you. Maybe he’s numb. Maybe he’s running from his feelings. Maybe he’s too messed up to even consider you. But not actively wanting you in his life is the same thing as not wanting you at all, and you deserve better. If he can’t decide, that’s a decision in itself.

And maybe he is afraid. Maybe that is the truth. But, if he isn’t willing to take the chance—if he is willing to let you slip by—then it’s his loss, not yours.

Because you would have moved mountains—not for him, but with him. You would have given him the world if he’d asked. You would have been patient—continued to be patient. You would have taken friendship, regardless of your overwhelming care for him, because you wanted him in your life so badly that it didn’t matter to you in what way. But he refused to do so much as communicate with you about his constant inconsistencies, his small but glaring untruths, his unyielding mixed signals. And what can you truly do when someone makes your head spin in the best and worst ways?

Because you’re afraid, too. Down to your very bones. You’re just as broken as he is. You shared that. But you were willing to fight, and he wasn’t, and no relationship—platonic or romantic—can be sustained by one party alone. It requires mutual effort. A mutual tending, a stoking of embers. The capability of mutual interest.

You spent months thinking he was entirely incapable, not only with you, but with anyone, and when you learned that wasn’t the case, ice trickled into your veins. Suddenly you felt like you’d been cast onto an island, alone. It wasn’t that he was incapable, at all; he was only incapable with you. He found you a singular thing, and not at all in the way you wanted him to.

What can you do with so little information and someone so unwilling to try, even when you’ve proven yourself honest and loyal? Even when you’ve more than proven that you mean every single thing that you say with an ardor that most people can’t fathom? Even when he’s acknowledged that to be true?

When you can almost imagine, beyond a shadow of a doubt, that the real problem is that he likes you more than he wants to and it terrifies him? Because wanting things leaves you vulnerable. Because even if you want him now, you could change your mind tomorrow. That you won’t, doesn’t matter. That you haven’t for the better part of a year, doesn’t matter. He can’t fathom that that exists. He was damaged, and he’s long since stopped believing in a love like the kind you have to offer.

What can you do with that?

Nothing. You can do nothing. The cogs in your head will spin uselessly, I know. You’ll wonder. You’ll wish. You’ll feel your heart is too tender for such a pleading ache. You could push, but you’ve tried, to no avail. You could give up, but it’s too late for that, and you’re not cruel enough to do that to him, no matter how indifferent he may wish you to believe he is. You could wait. You could keep waiting. But, to quote the modern classic, A Cinderella Story, “Waiting for you is like waiting for rain in this drought; useless, and disappointing.”

And no impassioned speech will make a difference here. Your relationship will remain in the realm of pen pals. You won’t storm the boys’ locker room to tell him off—won’t tell him how sorry you feel for him that he’s hiding from the world. You won’t tell him how you know that he’s in there somewhere—the real him. How you’ve gotten flashes and glimpses of it, and how you hunger for that. How you see him, even when he doesn’t want you to. How it’s been that way since you met.

You won’t make your way across the crowded bleachers at the football game, and he won’t chase after you, and you won’t kiss in the rain that breaks the drought that is a metaphor for your love, and your loneliness. Because he is a coward, and you are just a girl who cares too much.

You deserve someone who is as sure of you, as you are of him. And you thought that you could be sure enough for the both of you, but suddenly, things aren’t adding up. He should know you well enough by now to know how curious a creature you are—how much you crave answers, how intolerably it plagues you, and yet he does nothing but add fuel to the fire he started and leave you in it to burn alone.

So, you stall. You do nothing. You become passive by necessity, because the alternative is doing little but driving you to madness. You try to content yourself with the idea of either outcome—something will happen, or it won’t, but it will be by his hand. You have laid all of your cards on the table, time and again. You’ve communicated to the best of your ability. This will either fade into oblivion and he will miss out on the best thing he ever could’ve had, or he will wake up, and he will muster up the nerve to seize what’s right in front of him, and allow something beautiful to bloom.

Check. It’s his move, now, darling girl. Let him make it, or let him feel the loss of you like a steady bleed. Hope he feels it like a punishing bruise that never quite leaves, the tenderness always there to remind him of the magic that he missed.