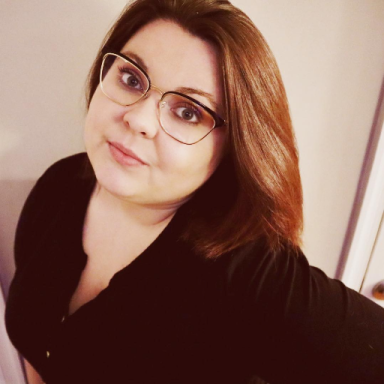 My ex-boyfriend called me last week.

It was a Tuesday, which felt kind of odd—I mean shouldn’t calling your ex be reserved for your drunk Saturday nights instead of your Tuesday afternoons?

Then again, drunk calls are for booty calls, right? Not apologies. Which was what he said he wanted by the way. To apologize.

I almost choked on the carrot I was eating when he told me. Okay so fine, it was a flaming Hot Cheeto, not a carrot. Sue me.

“You want to apologize?” I asked him incredulously. “For what?”

Maybe it was for the verbal abuse he’d handed out over the years, I thought.

Maybe it was for that time he slut-shamed me for wearing a short dress.

Or maybe it was for that time he said I should eat more carrots and less flaming Hot Cheetos. I snickered to myself. Now, that, I just wouldn’t be able to forgive him for.

“I want to apologize for our relationship,” he gritted out.

A half-laugh, half coughing sound, tumbled out of me. “Why?”

“I’ve read some of your articles and it hurts me to know you see us that way.”

I popped another Cheeto in my mouth as I nodded my head. Ah, I got it now. He was apologizing to make himself feel better. That sounded like him.

“I really appreciate your apology but it was a long time ago and I’m okay now so there is really no need. I also would never name your name, so if you’re worried about that, you don’t have to be.” I was being nicer than I should be, and I’d probably regret that later, but this was awkward and Ireally was okay.

“I just wanted you to know that I understand I was awful to you and that it’s your story to tell and you should be able to tell it whenever you want.”

Wait a second. Was he mansplaining me?

“I do know that. Thank you.” I forced myself to sound genuine. I needed to give him the benefit of the doubt, right? We’d both been so young when everything had happened between us and regardless of what his motive to apologize is, he is still apologizing, right?

“I just hope you realize that the way you wrote our story was never what I’d intended to happen and I’m really sorry for how you see it all.”

Just say thank you Aly…say thank you, then get off the phone, eat some more Hot Cheetos, take off your pants, climb into bed, and watch How I Met Your Mother as you snuggle underneath your covers happily.

“Okay, but.” Yup I wasn’t going to thank him again, was I? “You keep saying you’re sorry for how I see things…but I mean that’s what happened. I didn’t see you as awful. You were awful.”

Silence stretched between us and for a second, I thought maybe he’d hung up. I pulled the phone away from my ear and stared at the lit screen. Nope, he was still there and our conversation had been going on for 4 minutes and 23 seconds now. I heard a deep sigh and pressed the phone back to my ear.

“Thank you. I really appreciate that.” This time I meant it.

The phone call ended shortly after that but I continued to think about it long after it ended. Even worse than that, I continued to think more about him. About us. He was terrible to me, but he’d called to apologize and that meant something. At least I wanted it to. It was only a 5 minute and 47-second phone call but that was 5 minutes and 47 seconds of my life I’d never get back and well, I was kind of dramatic, so I needed it to mean something.

He was dangerous, and he always had been, but in spite of that, there always was something else about him that made you like him. There was something inside him that attracted people to him and made people, not only like him but want to be liked back by him. I’d felt his power heavier than most, and I’d craved his love. I’d never gotten it though. Instead, I’d gotten his pain, his lies, his abuse, and his self-loathing—all disguised as his love.

And because I’d confused his self-hatred for need, I loved him back.

He was the first man I’d ever loved and that phone call meant he was changing, didn’t it? And I’d changed too, hadn’t I?

The old me wouldn’t have called him out on his initial weak ass apology. She would have thanked him one last time, ate some more Hot Cheetos, climbed into bed and watched some How I Met Your Mother. But I didn’t do that this time and while old me would be disappointed in myself for making an awkward conversation even tenser, current me was proud as hell.

Like I said before, that boy was dangerous and he always had been.

But I think that I might just be pretty dangerous now too.

And I think it’s because I’ve finally fallen in love with myself again.

And at that moment, I just knew—that me and me—we were just going to be so fucking happy together. And not to mention — dangerous.

A writer with a habit to overshare