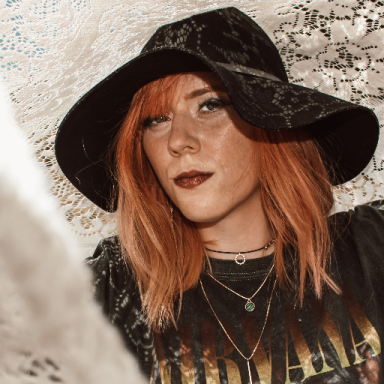 With it being award season and everything, I think it’s finally time that I explain why we should stop praising this remake of A Star is Born.

I saw this movie the weekend it came out with my mom, I was so excited because I am such a moviegoer and the reviews were great. I had never seen any of the previous versions and was caught off guard in the theater as the story I was watching unfold, was just another tragedy about the failures and missed opportunities of treating a person struggling with addiction.

I may not be an expert in this field of study, however, not only have I, myself, struggled with addiction and mental illness, but I have seen close friends and relatives suffer as well. With that being said, I have done my research about these circumstances.

So you think by now I would be immune to the heartbreak of this disease, but watching Bradley Cooper’s and Lady Gaga’s characters’ raw pain was so representative of what actual people who suffer from such similar pain go through every day.

That, that is what brought tears to my eyes. It was not the story of Jackson and Ally, it was me, picturing my dog outside that garage door with my body inside it.

With the World we are living in today, you would think that they would have done something differently to show to us that there are other solutions than suicide right?

Failure After Failure to Treat Addiction

Spoilers to follow, but here is the crux of the story through the eyes of someone who has faced addiction and tried to take their own life as well:

Bradley Cooper’s character, Jackson Maine, had a severe substance use disorder, addicted to both alcohol and opioids. He had early initiation of alcohol before age 12, early childhood trauma, and a history of substance use disorder in his family, as well as untreated mental illness. His illness progressed throughout adulthood, leading to a very public overdose, followed by three months of luxury treatment, not science-based care with the doctors he needed. He was discharged far too soon and died by suicide shortly after.

The portrayal of Maine’s experience is, unfortunately, the reality for many people suffering from addiction. However, it runs contrary to the comprehensive, long-term, evidence-based treatments that we know are necessary for a patient with such severe addiction.

If the story had been about saving Jackson Maine, what should have happened?

For starters, Maine’s progressive alcohol and opioid use disorder should not have been accepted as normal. Substance use disorders do not just go away on their own; they get progressively worse, with the physical and mental health consequences, and risk for death, becoming more severe over time. Someone should have intervened earlier, sooner. Do not wait for rock bottom.

He should have had the proper length of time for treatment and recovery support. I would recommend that a patient with such severe addiction needs a five-year treatment and relapse prevention plan, with a 24-month course of medications to treat alcohol and opioid use disorders.

He should have been prescribed medicines to treat addiction. We are fortunate to have three medications in our toolbox to treat opioid use disorder now, and all three have an important role. If my loved one were struggling with severe opioid addiction today, I’d want him to stabilize with methadone, engage in comprehensive behavioral health treatment, transition to the medication buprenorphine, and taper off agonist medications through medically-assisted detox to move to extended-release naltrexone, which is also FDA-approved to treat alcohol use disorder.

We know that more than half of adults diagnosed with substance use disorder also have a co-occurring mental illness. His treatment should have included medications and intensive, long-term treatment for depression.

Opioid use disorder is associated with a 40-60 percent increase in thoughts of suicide and a 13-fold increase in the risk of actual suicide.

His family should have received counseling and training and been included in the long-term treatment plan. Addiction is a family disease. Family members have an important role in understanding the impact of addiction and providing support.

Addiction Victims Need to Know Where to Turn

There are so many “should haves.”

The needless, preventable tragedy in this film and Maine’s wife’s gut-wrenching loss is all too real for the millions of Americans dealing with addiction in their families.

It may sound trivial, but if we began to see real evidence-based treatment plans on the silver screen, wouldn’t that help the world understand how we should really address this illness? Families often don’t know where to turn, or what information to believe when this disease comes into your home and ravages your life. I’d love to see a movie where a struggling character is connected to the medications and science we have now, instead of outdated misconceptions, stigma, and crossed fingers. We know what works; we have the science; there is hope.

It’s time we expand access to the treatments that could have saved this fictional life, Jackson Maine, a character who represents so many real lives impacted by this devastating, but treatable, disease.

Just a small town girl searching for her place in this world.

It’s Time To Finally Stop Keeping Up With The Kardashians

8 Personal Truths I Learned About Antidepressants

Why This Holiday Season Is The Perfect Time To #DumpTheScales