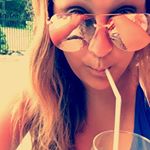 On an almost weekly basis (even more often if there’s a family party or a surprise run-in with my childhood friend’s mom at the grocery store) my relationship status comes up in conversation. This happens one of many ways. Either I am asked why I don’t have a boyfriend, if I’ve met a guy recently or, my favorite (and out of the mouths of babes … or grandparents) “when are we having a wedding?!?” Sometimes I even make the mistake of volunteering this unfortunate information by openly telling someone that I have been single for six years.

Now, before you start to think to yourself, seriously girl, how have you been without a significant other for that long? or worse are you completely void of personality or character, so much so that no one wants to spend any time with you?, let me just quickly explain my life in the last seven or so years. I was, of course, absolutely in love with my college boyfriend. He was my person, my lobster, eventually going to place a pebble at my feet, best friend, soulmate, meant to be, head over heels in love with this person, person. So, when that ended, naturally smack dab in the middle of my four years of undergrad, it took some time to not only move on but to understand what had happened and what the hell was supposed to happen next. Naturally, this took some serious thought and energy as well as some late night texts, drunken arguments and basically acting a little like a crazy person. But, once I didn’t need to see him every day anymore, things certainly got easier (kind of).

Next came law school. Three years of what I thought would be meeting new people, potentially finding my next love interest, and, you know, getting a law degree and all that super awesome worth all the money in the world stuff. Well, three years passed, I got a law degree, took the bar exam twice (and counting) and here I am.

So, when people ask me “why don’t you have a boyfriend?” or “you’re so smart and beautiful, how are you single?” I have literally NO IDEA how to answer. I’m sure there are so many others who can 100% relate to that awkward pause before you attempt to resolve this issue in your head. Why am I single? Uhh, well… it’s certainly not because I’ve had so many suitors and have gone on hundreds of dates but just haven’t found the right guy. There were a couple… one who made it clear that one margarita was enough for me (said while sipping his second) and another who sent some risqué snapchats but never answered my text messages. There was that one guy way back who decided I was only good enough sometimes and other who had so much respect for me that they got married to someone else.

I could answer in so many ways but would I truly believe my answer? Probably not. Maybe it’s because I’ve been “super busy with school and work” or because I am just “focusing on getting myself situated and settled before I think about a relationship”. I could certainly let these quick, well-rehearsed answers roll right off my tongue without giving them a second thought, despite the dreaded response of “oh, well you will find someone soon” or EVEN WORSE “good for you”. Good for me? I forget what it’s like to cuddle with a human. Like actually, feel a guy’s arms around me and feel like they respect me, love me, want to be with me and only me, and don’t want to let me go.

This same thing happens when either I’ve had one too many glasses of wine or it’s Valentine’s Day… again …or really any holiday. Somehow my mouth allows me to utter the sad reminder that I have not been in a relationship or anything conventionally close to one in over six years. I haven’t had someone to call at the end of a work day because I miss them and want to hear about their day. No one has kissed me just because or held my hand to prove to the world that I am theirs and theirs alone. It’s just been me. I try not to go into such elaborate detail as it’s sad and uncomfortable and who wants to hear my sad and, quite honestly, unoriginal sob story about what I feel like I am truly missing in life.

However, there is a point to all these tiny violins I am playing for myself while I sit in my office in the law firm that I am lucky enough to have the opportunity to work for while wearing the clothes I’ve afforded to purchase myself and sipping my 5-dollar iced coffee. I have invested in myself these past six years. Aside from my career, which required me to spend a lot of time in a classroom and studying and literally INVEST money (yay, law school debt), I have also, and arguably more importantly, invested these past six years’ time in understanding who I am, what I need and what it has all meant.

I’m not going to pretend I am glad I haven’t had any distracting relationships in my life while trying to accomplish one or two important things since my last breakup. It’s been lonely, and it has been hard and I still don’t really know why it has been this way. However, I do know that I am an entirely different person than I was when I was 20 years old. Despite it having been lonely, confusing and what feels like a never-ending round of charades, the time I’ve invested in making myself the me I need and want to be has and will continue to benefit me. Additionally, whoever sweeps me off my feet next will have the pleasure of knowing and eventually loving someone who has enough confidence and strength to have held her own for so much time.

Until all of these things that I am optimistically looking forward to actually come and occur, when people ask me why I’m single or try to encourage me to find someone to be with, I’ll keep pretending that I would rather be single, alone and independent. I will, however, know that, despite my lies that I wouldn’t rather have someone holding my hand on the way into the party or telling me they love me before I fall asleep, I am okay without those things. Okay, meaning I am doing more than surviving on my own but I am figuring it all out on my own. So, for anyone who thinks that the time you’ve invested in yourself was a waste of extremely lonely, uneventful time, just know that you’ve made it and thrived on your own for all this time …and that is more than a lot of people can say.

Being Single Encouragement Loving Yourself Single