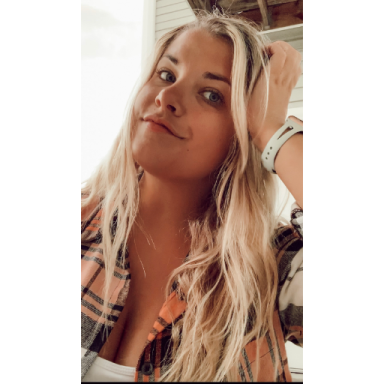 Have you ever looked someone in the eyes and felt your heart break? Have you ever heard someone’s words and felt the very breath you breathe leave your body? Have you ever sobbed so much, you felt so cold that you started to shake uncontrollably?

I never knew that words cut so deep until those words that I’ve always feared to hear left his mouth. I cringed at the sound of him saying, “I don’t even know why I am with you” or, “I don’t see you in my future.”

But he continued, he continued to yell and scream, telling me that I wasn’t good enough for him and telling me, “I should be happy that he doesn’t hit me like my exes have done in the past.” I couldn’t help but feel empty on the inside. I saw him in my life forever, I saw us getting married and having children. What did I possibly do to not deserve that back? I immediately questioned everything that I thought I was, and everything he told me he loved about me in the past.

Was he lying all along, did he just want to hurt me?

All my fears and insecurities crept back into my soul, the insecurities that I’ve been fighting off for 22 years and the fears that seemed to disappear when I was with him. But not now, the fear is standing right in front of me looking me in the eye telling me I’m not good enough, telling me I’m worthless.

All I wanted to do in that very moment was run. Run so far away that nobody knew my name or nobody would care who I was. Go to another state or country maybe, but get the hell out of there. Away from the pain, but I couldn’t because my feet were stapled to the ground where I stood. My knees were weak, my sobs were loud and I was frozen. I could feel and hear my heart beating so fast I felt like I was going to pass out. I was told my whole life that I was worthless, dumb, stupid, lonely, and unable to be loved. Some part inside of me always believed it. I believed it enough to want to end my life many times, but that night was different.

I didn’t want to end my life, I wanted a new life.

I wanted to be someone else, someone who wasn’t worthless or stupid, someone who was beautiful on the inside and on the outside, someone other than me. Obviously, that’s what he wanted to, he didn’t want me the way I wanted him to want me. He settled for me because I was his best option at the time.

And how do you recover from that? You don’t.

I write so I do not have to feel frustration within my soul.