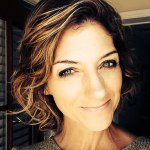 Some people believe relationships are difficult. Really? Have you tried dating in the 21st century? Between catfishing, ghosting, and text-based relationships, making a relationship work has become the easy part. For those who are still struggling through the dangerous waves in the dating pool, my heart is with you. I especially feel for those who finally thought they found that special someone, only to get the inevitable brush off.

Does this sound familiar to you? You began seeing someone new and believed things were going great… until the excuses started. They cancelled dates because they had to work late. They didn’t return your text messages. What seemed like a possible future was becoming a distant memory. You began to blame yourself. You tried to determine what you did wrong, what actions drove that person away. If you’ve been here before, then take a deep breath and do me a favor: stop blaming yourself.

Let’s take a step back and break down what is happening around you.  If the person you are seeing has not worked late before and suddenly starts working late, this is not necessarily a red flag. Schedules change, shifts are reassigned, promotions occur, life happens. If you find that they say they have to work late only to see a social media check-in at the movies or a posted picture of them out with friends, that is a red flag.  This may be a sign that they are trying to find time away from you but don’t want to be direct about their needs. Same with texting — if you text someone and they do not text back right away (or at all), they could be in a place where phones are not allowed, with a friend and are trying to be respectful, at work, or just may not have their phone on them at the time.  If you text them and they don’t respond but in the past always replied, no matter the circumstances, again, that would be a red flag.  If you begin seeing legitimate red flags, it is a sign that they are attempting to create space away from you, but the reason may not be what you think.

Now, before we dive into the reason for space and what to do about it, let’s focus on your mindset. You are judging yourself and believe you have done something wrong. Giving you the benefit of the doubt, you have done nothing wrong. You’re doing your best. Instead of looking at it as if you’re getting the brush off, maybe they are just feeling smothered. Maybe they’re feeling like you’re asking too much of them. Regardless, you’re accurately assessing the relationship and feel that they’re pushing back. It could be that they just need a little more space. It could be that a little distance makes the heart grow fonder. Maybe you’re coming across unknowingly needy. It could be that they’re totally not into you or that they’re feeling like they have to check in with you when they want to be independent.

You are right that the other person has been distant lately. Take this knowledge and allow it to empower you. If you immediately take this information and say, “What did I do wrong?” you’re judging yourself, which shuts down all of your intuition, your awareness, your instincts, and your knowing. These feelings put you in your head and shut your heart. You will start thinking, I am a loser and I’m not enough. You know it’s a slippery slope — don’t go there. It’s not gonna get you anywhere.

What if, instead, you take this information and start asking questions like: What’s possible here? What’s going on? How could I communicate with them to see how they’re doing? Ask yourself, what would happen if you dropped it off to a text every other day or just gave them a little more space. Take steps to just see what happens just out of curiosity, instead of acting on judgmental impulses. Let’s see how different that is.

Now expand your mind and determine what else is possible. How about texting, “Hey, I was just thinking maybe we don’t need to text every day. I was going to text every other day. I just didn’t want you to think I didn’t care about you. So, talk to you on Thursday.” When you do this, you’re in charge. Something like that may work better. Also, just the conversation of “Hey, we’ve been dating for a while, so I’m wondering if we could talk about what’s working and what’s not working. You know, communicate.” Maybe they want to be dating lots of people, but you want to be exclusive, so they’re feeling pressure.

Communication is the key to all of this. Let them be them and allow you to be you and just open your hearts and connect with each other. For all you know, they’ve been working late creating something really special for you. Communicate with them and be honest with them — it will pave the way.

Empowers women and men to tap into their inner sexuality and strength.