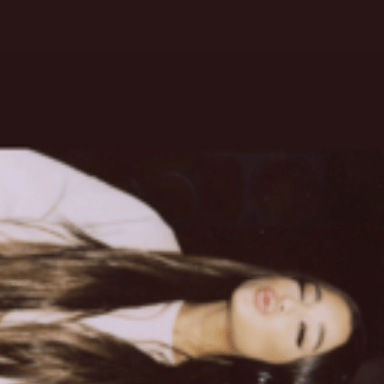 Ariana’s “thank u, next” has become an anthem to us all.

We are saying thank u, next to all of our past relationships, but thanking them for the lessons that they taught us.

This rings true for almost all of us, but I have been using this song of lately to say thank u, next to a past toxic friend who has officially resigned as my “best friend”.

At the start of last year, I met a friend who appeared to be my twin. She was passionate about all the same things as me, was equally weird and crazy, and was accepting of every part of me. We became fast friends, and over time I would consider her as my sister, because we shared so much with each other, and were bonded very deeply.

Although our friendship had so many fun times, and crazy adventures, this person was very toxic, and I let her suck almost all the energy out of me.

She got mad when I hung out with other friends, treated me as if I was her therapist, and crossed boundaries that were not okay.

Even with all that, she was still my best friend and I had a hard time walking away when I should have. I had multiple people in my life tell me the friendship was not healthy, but losing her would have been so much harder.

Her family treated me as if I was another one of their daughters and even had me over to celebrate Christmas with them since my family does not.

I did miss hanging out with her and our inside jokes, there was a weight lifted off my shoulder. I would hang out with my friends, and realize what a nontoxic friendship was like, and it wasn’t exhausting or draining.

This past fall, we were roommates together, and things weren’t the same as last year, but I thought we developed a healthy space between us. She ended up leaving school for personal reasons, and we remained in touch and I continued to support her in everything she did until she started blaming her problems on our friendship and saying I was the cause of so much stress in her life.

I am one to own up to my mistakes, and I apologize more than I should in most cases, but this time, I felt so incredibly angry because I had done nothing but be the best friend possible to her, and here she was, blaming her problems on me.

The amount of stress and the emotional toll she took on me was unfathomable, but I did not tell her that because I thought that’s what best friends do; make their problems your problems because you’re in it together.

That text came a few months ago, and then shortly after she apologized and said she was just going through something but still wanted to be my friend, not even realizing how bad that had hurt me, even when I told her.

And yesterday, I received the same text again, but this time, she said she was still very hurt from the past and could not continue to be friends because it would affect her future.

I had kept my mouth shut for so long, but I just could not sit here and be accused of doing things that I had never done. Yes, I am a not perfect friend, but I was a pretty damn good one to her.

She then blocked me on all social media, without even giving me a response to my text message.

I would be lying if I said I wasn’t upset, but I realized I could finally let go of all that emotional baggage and stress that she had caused in my life. The final chapter was closed.

We talk about romantic relationship breakups, but no one talks about how hard it hurts when a friend who you shared so much with, is no longer in your life.

I’m saying goodbye to all the guilt trips, victim mentality, and blaming myself for all her pain.

In the wise words of our queen,