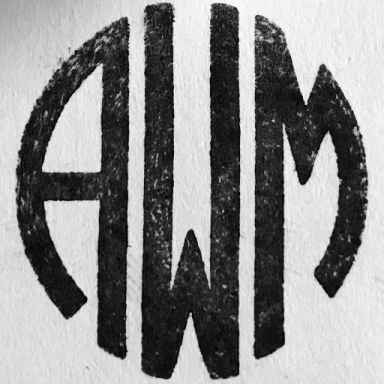 A woman in her mid-forties walks into a therapist’s office with a broken leg. She is at her wits’ end. Sitting down in the therapist’s chair, she says, “I’m so frustrated. I’ve been trying to run a marathon for years, but I just can’t do it. There must be something wrong with me. I try to get out of bed to train, but I just don’t want to. Even when I force myself, I can’t go nearly as far as everyone else. It is like I’m somehow deficient. After practicing, I am in so much agony that I have to take pain killers. Other people can run without resorting to pain killers. I just don’t understand what is wrong with me.”

What is the first thing you would say to this person? “The problem is your broken leg.”

I use this as a metaphor for those with trauma. Such individuals often try to ‘willpower’ their way past severe and debilitating wounds- wounds that are present and yet invisible.

In fact, I’m willing to wager that many readers have no idea what psychological violence is. Further, upon learning such violence consists of verbal cruelty, belittling, gaslighting, humiliation and control; many people doubt that something as harmless as ‘words’ could have a lasting impact. Nevertheless, research has repeatedly demonstrated that psychological violence has comparable negative outcomes to physical and sexual violence.

This lack of knowledge results in one thing- survivors believing that they are flawed, broken, worthless and unlovable. Survivors struggle with self loathing for failing to form healthy relationships, or for constantly fighting depression, or for being incapable of actively pursuing a career. They believe that they are the problem. In reality? They are limited by the complications of unresolved trauma.

Unfortunately, the world is less understanding of psychological wounds than physical ones. Where a broken leg is obvious and stigma free- being a victim isn’t. Especially when someone is the victim of something as subtle and nuanced as psychological violence.

In the end, the damage of ignoring the wound becomes nearly as substantial as the original break. Survivors become infected with negative beliefs about themselves, their abilities, and the world. They become overwhelmed by maladaptive coping mechanisms like substance use, self harm, or disordered eating. The belief that they are broken or unlovable is exacerbated by depression, anxiety and a hyperactive nervous system. Resultantly, they become isolated and shut down.

From this place, survivors are like the woman from our opening story. They are trapped in the belief that they are incapable of achieving their dreams. Unable to see the real and valid limitations of trauma, they decide these failures are due to personal and immutable characteristics.

If you see yourself in these words, please take a moment to consider what wounds you are ignoring. Those things you’ve told yourself you should just ‘get over’ or ‘weren’t a big deal’ may in fact be what is keeping you from what you want most.

Perhaps in reading this article, you were hoping to renew your motivation or push yourself even harder. Please stop running, sit down for a moment and look at your wounds. You can run the marathon. You just need to heal the broken leg first.

I help manage the impacts of childhood psychological maltreatment.

Time Isn’t The Only Thing That Will Heal You

5 Of The Most Common Defense Mechanisms That Sabotage Your Life

How To Feel And Heal Your Negative Emotions