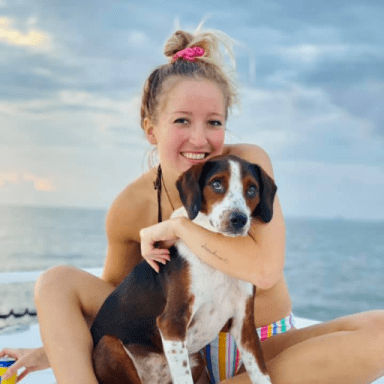 You can get on any social media platform and find people preaching about being successful. They almost always correlate the word success with other words such as money, followers, more money, and well…money. People throw success and money around as if they must coexist. You cannot have one without the other. But let’s take a step back and reevaluate what success truly is.

Firstly, success is not a universal thing. No two people will have the same version of what makes them successful. Success is and never will be a one size fits all scenario. Joe’s success might be to finish his trade school training, while Sally’s success might be to hit the gym 3 days a week for a year straight. We need to excuse the idea that money will bring success.

We need to stop comparing our idea of success to others ideas of success. Someone is no less successful than you because their success is different than yours. In fact to them, you might seem unsuccessful. Making a million dollars will not make you a prominent figure in the world of success. This is because everyone has their own world of success with a population of 1.

This idea that money and fame will bring happiness is premature. In fact, studies show that once you reach a certain pay grade where you can live comfortably, not extravagantly, you are more likely to settle for less pay at a job you enjoy rather than the job that makes you more money that you do not have as much passion for. Of course money matters. Of course we need to survive, be safe, and eat dinner every night. But the idea that making $200,000 a year will make us successful has got to thrown out the window.

As a society we are so focused on impressing the people around us. So much so that we often forget to impress ourselves. Since our world of success has a population of 1 (yourself), should we not be impressing ourselves more than anyone else? Should we not focus our energy on our own vision of who we are and strive to become, rather than focus our energy on the vision others have of us?

Throw out the idea that money will make you successful. Put it in the trash and forget about it. Erase the notion that success is universally the same. Write down that will make YOU successful and leave off the monetary things. Focus on that list, work towards that list daily.

Lastly, make sure that list has items that can never be obtained. I bet you are thinking, what! Why?! Well, success does not have a stopping point. That what makes it success. We need to be continuously improving and learning, never stopping.

Go out there. Reinvent what success is for you.