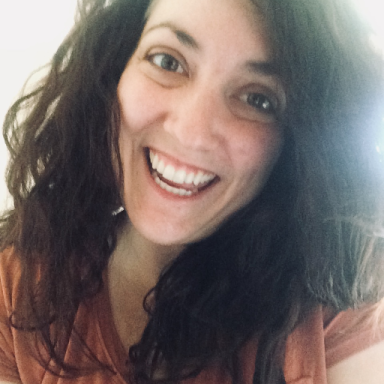 Abusive people aren’t really anything new, and neither are their tactics.

Personality and character will always play a role in your abuser’s actions, of course, but abuse is it’s own set of traits and behaviors, and the heart of it varies little.

So, how can you tell when someone has ACTUALLY changed? Here are six warning signs to keep watch for.

If you’ve been hit, threatened, called names, cussed at, manipulated, and lied to, you better believe your britches that you deserve a heartfelt apology.

An apology offers to you with open palms what was never offered to you in the darkness: The respect of common decency and the acknowledgment of the reality you lived in for so long.

2. They won’t admit what they did.

This better send up some serious red flags. Like, MAJOR red flags.

It’s not that you should expect someone to relive and relive the trauma they caused. This isn’t about vengeance.

But words have power.

If you’ve had lies and lies poured over you, then you deserve the respect of an admission.

Half-hearted attempts at an apology do not count. That is just another manipulative tactic used to minimize the abuse and make you seem like a jerk for expecting “perfection.”

3. They won’t do anything to earn back your trust.

You want to know if someone loves you? Then they will work to earn your trust back.

THEY WILL WORK TO EARN YOUR TRUST BACK!

Healthy, changed people do the work, make the effort, go the extra mile, and say out loud the truth of what they put you through.

I’m gonna say something hard: Chances are, if someone won’t apologize to you, won’t admit the trauma they caused you, and won’t do anything to get you back, they probably never loved you in the first place, and it is highly likely they don’t now.

Maybe they thought they loved you. Maybe they knew all along that they didn’t. I don’t know. But that’s NOT love.

Love is patient and kind. It doesn’t keep a record of wrongs. It always hopes and helps and forgives, even when it’s difficult. It believes all things, even when it is impossibly impossible.

Abuse doesn’t. Abuse is harsh and cruel. It remembers every word you’ve ever said so they can be used against you. It remembers words from weeks and decades ago. Abuse discourages, undermines, and lies, and it’s goal is to destroy your soul—the very heart of who you are.

Love adds value. If it doesn’t, it’s something else.

Abusers do not add value. They cannot. Not really. You’ll notice this over time, people in relationships with abusive people never really thrive. They are fearful, anxious, and depressed—especially children growing up in abusive homes.

Never someone worth fighting for.

Set a boundary with an abuser and watch them absolutely lose it. It’s kind of like a front row seat to an adult temper tantrum. And it’s neither attractive or fun.

In my experience, my abusers’ responses to my boundaries verged on demonic. They howled at the mention of a line drawn in the sand to limit their treatment of me. And they routinely lied about my boundaries to other people, causing further pain for me and further confusion for everyone around us.

Someone else’s response to your boundaries says more about them than it ever will about you.

6. They search for alternative ways to get back into a relationship with you, even though nothing has changed on your part.

I’ve literally never understood this. Why on earth do abusive people want you back? Are they obsessed with control? Do they feel guilty but too proud to actually change? Do they think you’ll have forgotten their treatment of you?

Maybe they will send you gifts or send messages through a mutual friend or a family member.

Ultimately, they want you back without having to do any of the work.

They are throwing a fit.

Listen. You don’t owe your abuser ANYTHING!

You don’t owe them access to your heart, your soul, your life, your kids, your partner. It’s okay to say no and walk away with your head held high. Because you can’t make someone love you or even treat you with common decency.

Alicia is a PNW native who loves family, stories, and hot coffee