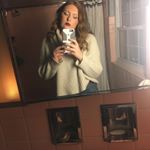 The sadness crept up slowly.

It started as a tingle in my toes. It made my legs restless at all times. I was moving and shaking, constantly dancing between the world where I was smiling and happy and the world where I wanted to sleep, like the beauty in the glass cage, except there would be no prince to save me now.

It crept up, slow and steady. My legs felt heavy. I was dragging around an anchor, a tether to the world that I no longer wanted to be a part of. Every step was a marathon, weighing me down.

It crept up into my stomach. It pulsed like a live thing, the sadness creating an anxiety. Constantly uneasy. Feeling watched and followed. Wanting sleep, craving a hollow emptiness. I wanted to feel everything and nothing at all.

It crept up, my arms constantly feeling as if I was carrying the weight of the world. “Higher,” the world said. “I want to be higher,” I’d respond, but my arms were shaking, they were giving out, I wanted to drop the world on my head in the hopes that the pain would stop. In the hopes that maybe if I could just get rid of this fucking heaviness, then I could have a good day.

And then the world ended.

That slow creep barreled through my body at the speed of a jet at take off, except no planes were taking off anymore and I couldn’t get out of bed.

Finally, my head was bogged down by so many thoughts, so many worries, so much sadness. I hurt and hurt and hurt until I shut off all emotions. I couldn’t have something, so I wanted nothing.

It would be so easy.

Finally, I knew it was time.

The sunny days turned into cooler and cooler days, and when the foliage was gone and I could see my breath and it was dark by 4 p.m., I knew it was time to go. I would drive across bridges and think of flying. I hoarded my pills, dreaming of the bitter saccharine taste of them on my tongue. I craved it.

But the tiny light inside of me refused to go out.

It was a burden, this light.

So, I am here. I show up for myself and for that little light. I show up in the hopes that the light will grow.

The creep has slowed. Things are scarier in the dark, but I know that soon the flowers will bloom and the sun will come out again. I will experience the humid air and the rain and smell the sand, and goddamn, I want to feel the hot sand on my back again.

I want poetry to change lives, in the same way poetry saved mine.