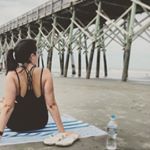 My heart sank as I reread the dreaded words under my most recent text. Read at 6:26 p.m. It was two days later at 7:24 a.m. I was left on read. I was left in fear that the ghost of the unknown would arrive yet again, just as he had in so many relationships and friendships before.

Maybe later arrived six months later. I’m sorry. The words danced their way across my keyboard, but not without effort. They still stung even after all of that time. Maybe I could have gone about it differently, but that didn’t mean I wasn’t right for feeling how I felt. That day, though, I was feeling nostalgic. And that day I had read that apologizing isn’t always a reflection of being wrong. No, sometimes apologizing is simply a reflection of the value you place on the relationship. By apologizing, I sought to show that the value I placed on the relationship was higher than the value I placed on being right in our disagreement.

But, boy, did I regret that day. I regretted that day because I invited the ghost of the unknown back into my mind. Read 5:24 p.m. I felt a pit begin to grow in the bottom of my stomach. Three hours later, I saw no response. I’m not sure what hurt more: Apologizing in absence of transgression or learning maybe we didn’t align in the perceived value of our fading relationship.

A year went by, the text still sitting in my messages.  Read 5:24 p.m. In that year, there were countless times I’d started a message, only to delete it. The breakup, the move, the new job, the obituary, the wedding, the funny status update, the sad meme—infinite moments, brought to me through the lens of social media, that made me want to reach out. Each time, though, Read 5:24 p.m. would remind me that the empty void those messages would find was too painful, too heart-wrenching to endure.

Disposable seems to be the nature of life today. Once something useful becomes too inconvenient, we dispose. A napkin, a car, a goal, a relationship—we bid goodbye at the first sign that we must give up comfort to continue with the attachment. But napkins, cars, even goals are different from relationships. And that’s because on the other side of that relationship is a beating heart: a beating heart that can be wounded; a beating heart that takes time to heal.

Renegotiating Happy After A Quarter-Life Crisis