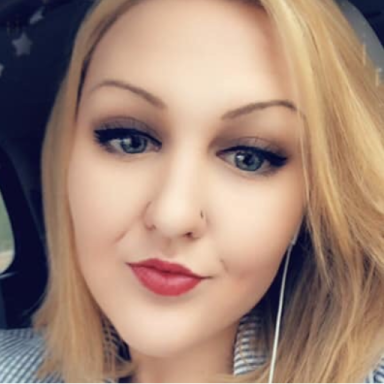 It started off as a blossoming relationship. I felt my heart pitter patter with a touch and a glance. I thought, “this is it. This was love. He is the one.” The rose colored glasses were glued to my face for months. I was in a fantasy world determined to ignore all the red flags.

A marriage soon ensued. There was only one thing: he was a struggling heroin addict barely in recovery. And me? I was no stranger to addiction. Alcohol was my poison. That’s a story for another time, though.

I cringe looking back at the ignorance I had; so naive, so innocent. After my previous traumas, I thought, “hadn’t I seen it all?” How could I still be innocent after all that? Oh, how wrong I was. I soon found myself in a world controlled by drugs. Even my husband was controlled by drugs. I was not equipped for this new dark world, but it sure knew how to harden me up. This marriage was doomed from the start. It has now been 338 days since I got married and about 120 days since I have seen him. The divorce papers have been filed.

Late at night, I came across an article that rattled me to the core. It was scary how much I related to it. One paragraph really touched my emotional, fragile being from the recent abuse and trauma I had been through with my husband. The article was spot on. It was about the anguish you feel finding another needle your loved one left behind.

I knew this far too well. By the 20th time of finding needles after he promised he was staying clean, I filled up with anger and disappointment. My eyes welled with tears with a lump in my throat making it difficult to talk. Desperate sobbing screams filled the house up with agony, begging him to stop. I had been cheated on before in past relationships, but nothing compared to the agony and pain I felt after finding more needles. I never felt more betrayed in my life. I have to say, that’s when I experienced true heartache. Not to mention finding burned spoons, needles full of a heroin concoction being saved for later, empty bags that once held meth and heroin. That is when I truly knew my marriage was doomed. Heroin was his demonic mistress from hell and I’d never win. I couldn’t compete. Besides, what’s one more broken promise in the bucket?

Money was tight. Begging our parents for rent money was an on-going struggle. I worked a part-time job trying to make sure we had food in the house. Meanwhile, he was stealing money out of my account. Not to mention me bailing him out of jail for reasons he never fully disclosed to me. I’ve lost track how much money he has stolen from me. We ended up so desperate for a home that we ended up living with someone we later discovered was a convicted child molester. That wasn’t enough though. I was too codependent to let go. I felt an obligation to save him with a strong fear that if I left him, he’d end up homeless with a strong chance of overdosing. It was if his life was dependent on my actions alone.

To make matters worse, while all this was going on, physical, emotional, and verbal abuse was on the climb. I had never felt so stuck. I was trapped in a cycle of abuse, yet I still “loved” him. I kept holding on to hope that if he would stop using, everything would get better. I learned the hard way that it wouldn’t. I couldn’t help him until he chose to help himself. No amount of parenting and detective work and watching his every move was going to help. The only thing I was doing was exhausting myself.

I was sick of his abuse. I was tired of watching him nod off and move in slow motion. I was depleted of worrying when I was going to use the Narcan to save him from overdosing. I was at the end of my rope with him showing up at my work high meanwhile my coworkers and customers gossip about him. I was done with his demon coming out to play saying the most terrible things you could possibly say to your wife let alone a human being. With his words one time, it even sent me over the edge to the point I landed in the intensive care unit on life support. That wasn’t the only time I tried to take my own life due to him.

I became defeated and emotionally numb, but I was to determined to paint a beautiful picture of our marriage. Posting to Facebook and Instagram of a seamlessly happy and content marriage. Nothing but smiles and laughter. I became a fraud. To friends and family I held this dark secret that was slowly deteriorating me. Few knew about what was happening behind closed doors. I had to protect his image; my image. With his mistress, I was drowning. Water and vodka were filling up my lungs as I gasped for fresh air. Further and further I sunk under water; losing sight of the sun. It was dark and cold. Which way was up? Which way was down? My soul sunk to the bottom.

He had me in metaphorical chains. I was terrified to leave him, and not just because I was scared of him. But because he tore me down so much that I felt I was nothing without him. But that’s the goal of a sociopathic heroin addict, right?

I finally got away from him, but only after he brought me down with him. I had reached rock bottom.

He left on a flight back to his hometown in Florida. Little did I know it would be the last time I would see him. He hummed with joy all the way to the airport, meanwhile I was broken down in tears. Where was the love? Clearly, it was gone.

It wasn’t long till I heard he overdosed in his parent’s house. My heart broke, but this was on him. Unless you put that needle in their arm, you are not responsible for them overdosing.

To this day, he denies that he ever abused me. I say different.

I lost a piece of myself in the process of trying to get through the wreckage which became my life. My self-esteem took a hit. My self-worth took a hit.

I can honestly say it was the worst year of my life.

I’m not sure what love is anymore. Love couldn’t possibly be this difficult and filled with pain, betrayal and heartache. It couldn’t possibly be getting hit in the face when you catch them cheating or busting your lip when you want a kiss. I still flinch at peoples actions in fear that I am going to get hit. I’m sure I will carry this baggage to other relationships. However, I am a hopeless romantic. This hasn’t ruined marriage for me. I am holding out hope. However, I will never achieve this love until I continue to reach out for help. There is no shame in getting help.

I don’t have all the answers, but I am building a better, stronger foundation for myself, my psychological well-being, and my soul. I’m done being the quiet one, afraid to use my voice. I come first. I choose me. Not you, me! If you don’t like that then there’s the door, my dear. These are taboo topics that hold a great deal of shame, but I am walking into the spotlight. I will not let anyone else depreciate, devitalize, and enervate me. Neither should you.

I am waiting for that call from his mother to hear another life was lost to opioids. I tried to save him, but I couldn’t. The only person I can save is myself. He is making his own choices even it means death, but I choose life.

Alexandra Philip has B.S. in psychology and advocate for mental health