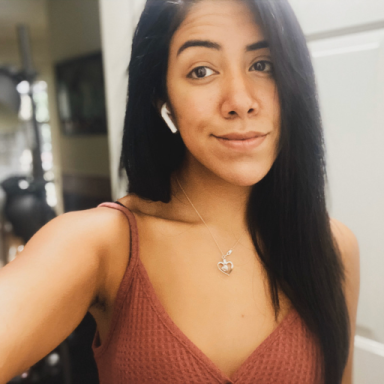 2. Hiding their feelings in fear of upsetting you

3. Breaking down during small arguments, thinking it will explode

4. Needing a lot of reassurance

I read those words over and over again until I felt I could recite them clearly. And all of a sudden, I felt trapped. I felt like I couldn’t breathe. Like I wanted to cry. Like all the motivation I had dissipated and left me cold with my thoughts. And I started to race through all the events of this past week, month, and even year to understand why I felt this way. Why had this feeling that lingered around me for so long creeped up beside me all over again? I thought I had buried it in the dirt.

But to be truly honest, I knew. I knew exactly why.

It goes back to a boy I knew once. A boy who wasn’t cruel or rude, just insecure. Plainly lost and without comprehension of what love entails. Most people understand it to be sacrifice, selflessness, trust. He understood it to be control, worship, and isolation.

It doesn’t always take physical abuse to cripple a person. Some of the most painful things lie distant from the surface, in the furthest corners of our minds and dormant in the deepest layers of our soul. I still don’t understand how I let it happen. I don’t take shit from anyone, but I allowed him into my safe space. I opened the door to my intimate intricacies that made me human. And that’s where he started to tear me down—from the inside out.

After year one, my body began to anticipate his condescending remarks, his humiliating gestures, and his narcissistic nature. Everything was devoted to pleasing him, and every decision I made was focused on his goals, desires, and wants. I can’t even tell you how long the numbing feeling lasted after that.

Then one week, as a graduation gift, I took off with my two best friends and went to California. We spent the whole week enjoying each other’s company, making new memories, and living out the best part of our lives. I was still going through the motions when he’d call so I didn’t really notice anything. But they did. Their eyes looking back at me were filled with pain and worry. I played it off and didn’t question it, but deep down I think I knew. By the end of the trip, I came back to five missed calls, which led to another massive fight where I was accused of infidelity. I remember usually feeling too weak to argue and just giving into his pleas, but this night was different. He even called my best friend on the trip to try to make her feel small and accused her of being a liar. That’s when I felt the chains starting to weaken. The ones that held me obediently in place we’re beginning to rust.

Then one summer, I had my sister stay with us while she looked for a job. She was polite and kept to herself and didn’t say too much around him, but one day as we were driving to the supermarket, she said, “I don’t think your going to end up with him.” My baby sister, who always had ways of understanding me on a deeper level, just knew this wasn’t it.

The day I broke out of the chains was a blur, to be honest. I should’ve been happy and ready for the next chapter as I had always felt in prior relationships, but I just felt numb. I knew the life I had created and everything in it had to be put in the past, and this was going to make me stronger, but I honestly didn’t feel a thing. Not a damn thing.

The first month was a steady blur too.

I do remember crying, though. I cried all the time. Over movies, after phone calls, in the shower, anytime the feeling came. But with every meltdown, I felt more of myself coming back. Little by little. Like my soul was thawing out from it all.

It took a long time to feel again. Even longer till I was able to be happy and calm with those feelings. To have a grip on what and who I allowed into my space. It also took a long time to understand what I needed to do to nourish my heart and soul.

Today took me completely off guard, but in doing so it made me realize how far I’ve come. There was a time when I couldn’t even think about about my past, let alone discuss it.

The scars may never completely vanish from sight, but they have ceased to be painful. And within that transition has emerged a more profound sense of the person I strive to be. They’ve become a part of my skin, part of who I am, part of my purpose.

Allowing me the chance to witness the beauty in my growth while remembering the distance of my steps.

It’s something I once could’ve never been able to put into words. And in some ways, I can never be more grateful.

I love potatoes but I don’t wish to be one. Balance is key.