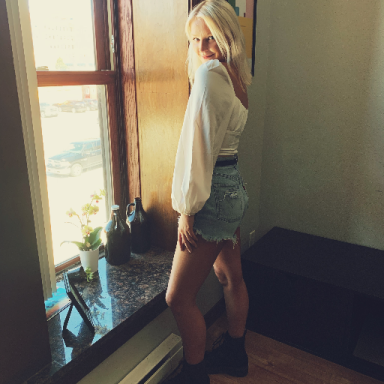 I know I can’t be the only one who has been in a situation where you meet a guy who’s nice—some could say that he’s perfect. He’s respectful, he’s this and he’s that. You’re just not feeling it, so you end it, and your friends or your family ask, “What the heck is wrong with you? He was perfect and so nice.” Well excuse me, I didn’t know that being nice and perfect was the only requirement for a relationship.

Newsflash: Being nice is not the end all and be all requirement or qualification in a relationship. I’ve met a ton of nice guys, but that doesn’t mean I’m going to go around dating them. And here’s why: I’m not someone who is ever actively seeking a relationship. I meet new people as they come, and if we hit it off, we hit it off. If we don’t, then we don’t. Nice guys, shitty guys, it doesn’t matter. Really, the only thing that matters is how I feel. Yeah, he’s nice, but do I like him? Do I have any feelings for him? Am I even ready to date? If the answer is no to any of those questions, you’re not a bad person. You don’t have to feel bad for not giving the nice guy a chance.

He’s nice, but what else is there about him that interests you?

He’s sweet, but does he challenge you to be a better person?

He’s nice to his mom, but how does he treat your friends or your family?

I’m sick of people making me feel bad for choosing who I want to date and when I want to date. It’s okay to date the nice guy—in fact, I hope that’s something that people do still look for or recognize. But in reality, that’s the bare minimum when it comes to a relationship.

Let me say it louder:

BEING NICE IS THE BARE MINIMUM.

BEING NICE IS THE STANDARD.

BEING NICE SHOULD BE THE NORM AMONGST PEOPLE.

Moral of the story: A guy who is nice is just a nice guy—don’t feel bad if your head and your heart require more than the bare minimum.

I’m better at talking about relationships than being in one.