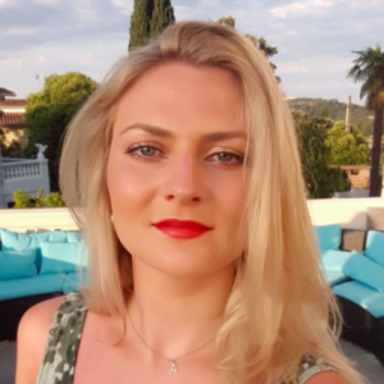 Latest statistics suggest that in the past year, 74% of adults in the UK felt stressed to the point of being overwhelmed or unable to cope.

As hard as we work to make ourselves happier, there are circumstances and forces working to maintain that ying/yang, pleasure/pain dynamic.

Suffering is unavoidable. It’s an important part of life and part of being a human. Despite having known this forever, we are reluctant to accept this idea, terrified that accepting it will cause us more pain. Instead, we struggle against it, trying to avoid suffering at all costs.

For fear of rejection, we don’t go after the job we really want. We avoid the gym because we can’t face that feeling of exhaustion and muscle ache. We stay in relationships that don’t set us on FIRE because we figure it isn’t bad and is therefore probably better than being alone.

These are just some of the ways we actively dodge both physical and mental pain, trying to save ourselves from the expected suffering. But are these avoidance schemes successful?

By trying to avoid the suffering, often we end up not confronting the truth and unfortunately that will always catch up with us.

There are many things we can avoid in life, many people we can escape if we choose to, but the one person we cannot escape is ourselves, and we cannot avoid our opinion of that person.

When we avoid the self-assessment and interrogation of our lives, we are, in essence, taking paracetamol. We are numbing the pain to allow us to continue on, and while a slight headache or cold can be ridden out by painkillers, they won’t cure a liver infection or heal a broken limb. That requires acknowledging what is broken and taking the necessary steps to fix it. Initially more painful as you feel the pain in full, but once it’s fixed, it is actually fixed.

This is where the breakdown comes in.

The overwhelming emotional tidal wave where you feel everything. Sometimes triggered by heartbreak, sometimes by a change at work, the breakdown is your heart’s way of saying enough. It isn’t pleasant, it isn’t fun at all. But it is worth going through, because by getting to rock bottom, you’re allowing yourself a full assessment of the ground you’re going to be rebuilding on. And in this rebuild lies an amazing opportunity to grow stronger, calmer, and more brilliant.

So don’t duck and dive or think you can party your way out of this. It’s going to catch up with you sooner or later, and the sooner you deal with it, the sooner you can get on with the fun part. That part comes when you get to look back with pride at how you rebuilt yourself. The calm you created in the wake of the emotional chaos.

Arianna Huffington, the founder of the Huffington Post, speaks openly about the relentless work ethic which led to her physically collapsing from exhaustion, cutting her eye and breaking her cheekbone. That was a really low point for Arianna, but it led to her founding Thrive Global another multi-million dollar Media Platform, which promotes a healthier, more balanced lifestyle. She probably would not be in the place she is now if she not had that breakdown and decided to take action.

Life can sometimes feel full of little feet jutting out to trip us up, but as many successful people will testify, you don’t get to go to the best place if you aren’t prepared to go to the worst.

“You have to actually seek failure. Failure is where all of the lessons are.” — Will Smith

Like the core of the Earth, our greatest parts are buried in the center, so if you know it’s coming, allow yourself to break open and discover them. Lean on friends, family, or a professional therapist and trust that there is good stuff waiting on the other side.

This Is Why You Should Stop Giving A Fuck

Life Is Full Of Disappoints, But It’s How You React To Them That Really Matters

We Cannot Change Everything In Life, But We Can Learn To Adapt