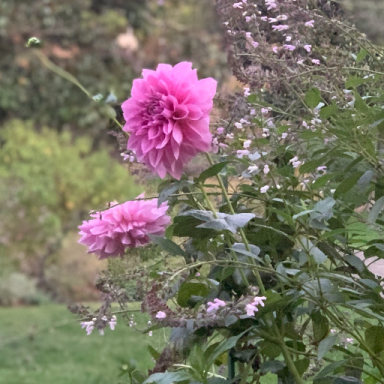 You’re scrolling through social media, per usual. A photo pops up on your feed with a familiar face. Your ex has just posted a new photo or updated their profile picture. It’s with a girl. His new girlfriend. They’re both smiling. He looks happy. It makes you smile.

You stare at the picture. The top of her head reaches his cheek. She looks a bit taller than you, but still a lot shorter than him. You wonder, Is the height difference better for him? Easier for him? Is it uncomfortable for them to hold hands while walking, like it was for the two of you? Does she have to stand on her toes to kiss him, too?

It’s funny. For months after you broke up, you could remember exactly how it felt to kiss him. How his lips felt so soft against yours. Now you can’t remember.

He never posted a picture of the two of you on social media. You’re slightly jealous.

You don’t normally miss him. And you don’t feel bad about that. But in moments like these, when you’re seeing what the two of them have, or seem to have, you reminisce. And you do miss it.

But you don’t miss him. You miss what you had with him. And you want that again with someone else, but better.

You stare at the picture. He’s standing tall, his left arm outstretched, showing the landscape behind them. You hope that he’s a stronger and more confident person with her. You hope that he takes her to watch sunsets on the beach and jumps in the water with her if she asks. You think it’s okay that he didn’t do that with you. You hope, for his sake and hers, that she gets a better version of him than you did.

You reminisce about your relationship. You know he cared about you so much. Loved you. Adored you. But you also know you were young. Two years later, you wonder how both of you have matured. If you had met today, would you be friends? Would you be dating?

You don’t think so.

You stare at the picture. You feel sad. His hair has grown out. She’s wearing dark lipstick. Does he like that? You never wore lipstick.

You wonder when you will have that again.

You stare at the picture. You feel happy. Happy that he’s moved on, happy that he’s found someone else. You know there is no reason to make comparisons. You hope he doesn’t either.

You think, I hope you’re happy—like it looks like you are.