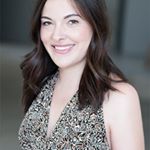 When you are constantly in pain to the point that you would rather cut off every limb because it would probably be less painful, the last thing you want to hear is “it’s in your head and move on with your life, or you don’t look sick.” It can be detrimental to your mental health and well-being to constantly feel that you aren’t being believed.

I have had several instances where my Doctor told me that I am probably not a ten on the pain scale because I would be on the floor dying. I couldn’t believe what I was hearing, how could someone that I trusted, treat me like I was just trying to get attention? I have continued to over think everything from that point on. I knew that what I was feeling was real and people around me did, but I felt like I was somehow just thinking it up in my head.

Deep in my heart I know I would never do that, but when you don’t have the right doctors, or when people don’t believe you, it can break you.

Like I have said many times we need to ADVOCATE for OURSELVES.

I have seen and heard so many stories like mine and it is heartbreaking. There are people suffering who feel alone because people around them don’t understand because they can’t see it. We are just like the rest of the world. Just because we don’t always have physical symptoms, or have marks on our MRIs doesn’t mean we aren’t suffering. We need people to recognize that.

With chronic pain and chronic illnesses, everyone is different. No matter how many people have Central Pain Syndrome, Fibromyalgia, or any other illness there never are two symptoms or warriors alike.

We must go to battle every day for ourselves whether it be with our own bodies, doctors, people around us who shove us off to the side, and even time.

Time can be a huge battle because we never know when we are down and out for the count. Nothing about chronic pain is predictable. One minute you are at a two the next you shoot up to an eight.

The Time is Now.

We need to all work together to create awareness for not only Central Pain Syndrome but chronic pain. Let’s bring down the percent of people who kill themselves because they are so alone and feel like they aren’t worthy. We need to come together and fight because the sad fact is you can wake up one morning completely normal and within a second your life can change.

I will leave you with this. Think about if you had to deal with your body burning on the inside, your brain not understanding what pain is anymore, not being your typical self, having to spend days on end at home, or trying to do what you love and physically not being able to do it. I bet you would do whatever you could to try and fight including advocating for yourself.

Help the millions suffering right now raise awareness and maybe one day we will be able to live more.