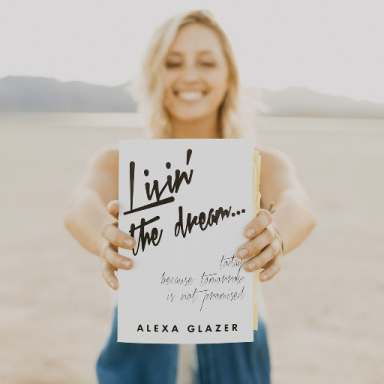 This thing you’re feeling right now is discomfort. It’s awareness of years of unknowingly being okay with racism. It’s empathy for the millions of broken hearts. It’s learning that what has been happening in the world is not okay. It’s not knowing what to do. But mostly, it’s discomfort. You don’t like feeling this way—who does? So the discomfort either forces you to change or to resist even more so than you already have.

You’ve been quiet, quite possibly even silent.

You’ve been pretending, maybe even turned your back.

I want to take you back to the time that you were about five years old. You were in kindergarten. Every day you went to school, and most likely, you were friends with every student in your class. Color didn’t matter. The only thing that did matter was love. When you were five years old, you gave, shared, received, and showed love with your entire being.

You were anything but quiet.

To the white people reading this, at what point in your life did color start to matter?

When was it that society told you that Black was different than white?

Who in your environment was it that voiced this difference?

I didn’t see color—at least, I didn’t think so. I now know better. I now know that not seeing color was part of the problem, that thinking that they weren’t different than me was part of the problem. That me not seeing Black or white was saying I also didn’t see their pain. I didn’t notice their daily struggles. I didn’t understand that I was more privileged than they were, primarily because I didn’t want to believe that harsh reality.

Now that you see this, now that you know this is a problem, are you sitting in the discomfort or are you staying silent because it’s easier? Because it’s less work? Because it’s not your life you’re fighting for? It’s someone else’s. That it’s a sea of strangers.

If you’re too scared to speak up sit with these thoughts:

My guess is you don’t want to offend anyone, so rather than saying the wrong thing, you’re not saying anything.

My guess is that you’re defensive when someone calls you privileged.

My guess is you have white guilt but think that’s enough because it’s not your fault you were born white.

Unfortunately, we’ve offended people our entire lives by being silent, neutral, and oblivious. Right now, we should be listening, learning, absorbing, digesting, and acting.

We need to be bigger than our ego.

We need to push boundaries.

We need to celebrate color.

The world needs you to try. Black lives need you to do more. To sit with the discomfort and lean into love. To take your awareness to the next level. They know you’re uncomfortable, because that’s how they have felt their entire life. Own up.

If you’re actively trying to be better, actually educating yourself, and being radically empathetic, then it’s better to be “accidentally offensive” because you’re trying and learning than “purposefully negligent” because you’re still staying quiet and sitting in comfort.

White is not the default.

We just need to be better. We clearly know there’s a problem, now let’s fix it.

I travel and live full time in my sprinter van named Billie.