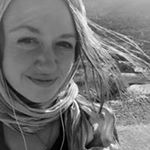 I am twenty-seven years old. I have been to forty-three countries. I’ve climbed to the Everest Base Camp, ridden a camel in the Sahara, learned to make the perfect pasta in Italy, and chased the Northern Lights in Iceland.

It was fun. I enjoyed it. I learned a lot about myself.

But after the fortieth country or so, it began not to mean anything. My career as a travel writer was built upon this idea that I could keep traveling the world forever, that I wouldn’t become exhausted and worn out, that I could keep going and would always find some meaning in each destination I visited.

My relationship with my significant other had been built around travel, as well. We had spent so much time in other places that my fiance and I were unsure about what a life could look like when we weren’t on the road. It was like getting to know someone all over again when we finally settled down. (Thankfully, we discovered that we cared about each other more than ever.)

I had lost touch with friends and family members because I was always away. I wasn’t there for holidays and birthdays and major life events. My health began to suffer–I contracted a parasite in Greece and skipping across time zones put me out of commission for weeks on end.

“You’re living the dream,” my friends would tell me, envious. “I would love to do what you’re doing.”

I tried to explain that my Instagram account only told half the story. I knew I was privileged in a way that most weren’t, so complaining about my experiences made me feel guilty and ungrateful. I had thought travel would be the thing that made my life worthwhile–that it would finally eradicate the boredom I felt in an otherwise average life.

I began to see that I was using travel as a way to avoid the things I didn’t like about myself. I could be distracted by novel smells and sights instead of thinking about a deeper sadness. That maybe there was no reason for me to be alive at all.

When travel was my purpose, I felt driven to see new things, experience new foods, meet new people. After the hundredth place and a variety of novelty eats, I found that I was rushing through the world. Like binge-watching a show like The Sopranos, I wasn’t giving myself time to savor our globe’s complexities. If I continued at my former rate of travel, there would be no places left to see by the time I reached thirty-five.

The truth is that I’m still struggling to find some deeper meaning in my life. Perhaps it is in the relationships I cast aside to see the world. Maybe it’s in the quiet moments I hated so much that I had to fill every second of my life with some new adventure. Probably there is no easy answer, and it will take time to figure out.

Many travel the world to “find themselves.” For me, it’s taken staying in one place for a few months to rediscover myself all over again.

I've traveled the world and I eat a lot of pizza.