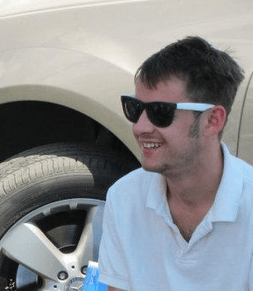 1. Trying to communicate the severity and legitimacy with which you have become all but non-functional. (It’s not just a headache…)

2. Acknowledging that the next five hours, or day, or several days will be completely compromised, and the frustration that comes with trying to complete basic tasks without vomiting or with your eyes half open.

3. The few minutes of hope after the aura passes, but before the pain begins, that maybe this time won’t be as bad.

4. Using “a migraine” as an excuse to get out of things as sparingly as possible because no, it’s not something you throw around lightly.

5. Using weird techniques like visualizing the pain to distract yourself from it. Example: Dark purple sponge sucking your frontal lobe.

6. Never having whatever miracle cure you heard about handy when the aura starts.

7. Having to lie on one side so your brain doesn’t feel like it’s pressing down on itself.

8. The feeling when you’re in the fetal position, trying in vain to find the right mixture of heat and cold, and firm and soft to lessen the impact for a few minutes at a time.

9. Knowing that painkillers are going to tidy things up at the end, but won’t do much until then.

10. Realizing that a lot of things could have caused it, but you probably couldn’t have done anything to prevent it (and so it feels completely out of your control.)

11. The lack of medical knowledge on the condition is utterly infuriating.

12. The fact that hangover cures are no help.

13. When you think it’s over, but then your vision starts blurring again…

15. That, even if you’re not crying migraine (see #4), the inexplicable, sudden nature of it is met with skepticism.

16. When it’s been six months since your last one and, if you thought about it, you’d speculate that you’d grown out of them, you get one.

17. The first time you got one, when you thought you were going blind and/or probably dying.

co-founder of unbearably sad records. i live in la. i tweet a lot. i had moderate cross country success on the d3 level.

5 Struggles Only People With Anticipatory Anxiety Will Understand

This Is What People Don’t Understand About Being Cheated On