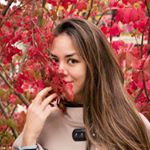 Taken from my personal statement to Boston University’s M.S. Journalism program, in response to the prompt, “discuss a moment in your life when you discovered truth.”

My relationship with Christianity has proven to have a difficult history. Having been raised in a home strictly driven by Christian thought, I have often subconsciously projected a “hands-off” attitude towards the church, being quicker to respect it as divine truth than to find the guts to humanly question it.

Despite being of a multinational background, I was taught to live life with the consciousness that I am “not of this earth,” and that I would one day return to “the Father’s house.” No argument in my house was ever concluded without formally asking for forgiveness, and no food was ever tasted before first saying a prayer of thanksgiving. Should my sister and I have felt otherwise, the bible verse “honor thy father and mother,” functioned as divine permission to give my parents final say.

My perspective was heavily shaken during my junior year of college. I had decided to pick up a religion major out of a sincere desire to deepen my theological knowledge and to learn to articulate my faith-based beliefs intellectually. At the same time, I had also recently taken on a new leadership position at my local Minnesotan church, a commitment that took up at least 10 hours of my weekly schedule.

Needless to say, I battled time management issues fairly soon into the school year. Church meetings were piling up alongside group project meetings for school. I often chose to prioritize the former over the latter, rationalizing my decision based on my belief in divine superiority. It did not take long, however, before my pride in choosing God turned into the guilt of a neglectful groupmate. “I’m sorry guys, I have a church thing,” quickly turned into, “I’m really sorry guys … I will try to get out of this church thing.” I was embarrassed at my unreliability in the classroom and I wanted to make a change.

Halfway through the year, I decided to resign from my church leadership position, scheduling a formal meeting with my supervisor to make my request in person. As I comfortably opened up to her about my academic concerns – even emphasizing my international student status as a reason to prioritize schoolwork – I was surprised to have been met with a negative response. “I appreciate you being so candid with me, but it’s my duty to keep you here. God has given you a gift. Your visa status doesn’t matter in the Kingdom. Your citizenship is in heaven,” she replied, strategically quoting a bible verse from the book of Philippians.

At that moment, it felt like my reality had shattered. My visa status doesn’t matter to God? I was instantly alarmed at how differently we seemed to perceive the God we both prayed to. Her words lingered in my mind for weeks as I wrestled with the validity of my discomfort and the inclusivity of the church.

With two major research assignments to tackle before the end of the school year, I found myself channeling my confusion in the classroom. I wrote a six-page long paper entitled The Resurrected Christ Cannot Be Without The Human Jesus. It was a critique of the church’s over-emphasis on salvation, and how it misuses the message to excuse itself from validating human experiences. I also wrote a ten-page paper named By His Stripes, White People Are Healed. Having learned that my frustrations were shared by my fellow church-attending international students, I dedicated this paper to the investigation of white privilege – a sociological term to do with systemic racism – within the church.

Writing these papers was both a therapeutic and eye-opening experience. Through my intentionally-worded arguments against the church, I realized that I was looking to make sense of my disappointing experience by having someone in a position of religious authority – perhaps a professor of religion – to tell me that I wasn’t being sinful in questioning theology. Ultimately, however, I discovered that my perspective on life had been tightly weaved by a fear of getting in trouble with the divine – a worry long ingrained in me by authoritative parenting methods.

With various factors at play, the journey to uncovering the truth of my faith is inevitably complex. Nonetheless, my experience as a confused college junior has been integral in awakening my confidence to explore my religious beliefs and discover my authentic identity. Until then, I have decided that I do not have a compelling reason to attend church, and that the practice of my faith will remain a personal matter.

Dutchie with Southeast Asian roots, expressing herself through words.