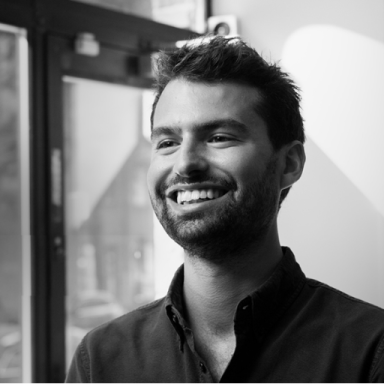 You’re entering into a new phase. You’ve performed well in the past, but now you’re entering the next level. A new role is demanded of you, and it’s a different beast.

The time has come to be a leader.

But you’re stuck, and you can’t figure out why. You feel frozen in place. You know what needs to change, but something’s stopping you. You’re not developing into the leader you want to be.

Although you feel frozen, your situation is not due to an icy lack of energy. The truth is the opposite. There is an overload of energy in your system—but it’s being devoted to a conflict with yourself.

You have one heavy foot on the gas, trying to steam ahead. Your other foot is slamming down on the brakes, resisting, at the same time.

Part of you is determined to change. But part of you, even though you can’t see it, is desperate to stay exactly where you are.

Talk about a pickle.

The levels of change

At the top of the being level are our metrics. These comprise the scorecard for our behavior. Depending on our context and roles, we have certain metrics that we aim for. We score ourselves accordingly.

At work, these metrics are often defined through KPIs. But in all of life we have metrics that we strive for—consciously or not. These metrics are determined by the identity we inhabit—by our idea of the person we want to be.

Our identity doesn’t just appear. Instead it’s a result of our beliefs. This level is made up of our assumptions for how the world works: what’s wrong and right, how things work, what’s fair, what’s possible, what we believe we deserve, and more.

The Doer vs. the Leader

If you’re developing into the role as a leader, odds are it’s because you’ve been a top-notch “doer” for a long time. You’ve been ambitious, accomplishing results. For your whole life you’ve been productive and made things happen.

The trouble is, these are exactly the behaviors that will keep you from becoming the leader you need to be.

But the role of a leader demands a very different scorecard. The leader’s metrics are creating coherence, alignment, and long-term impact. A leader is more of a farmer than a sprinter; a cultivator of the future that causes more than does.

You are aware of this, of course. You know, intellectually, that leadership demands different behaviors and a more long-term perspective. So your problem isn’t a lack of knowledge or information.

The problem lies at a deeper level. The issue is that the new behaviors aren’t valued. And you don’t value them because of the foundation of the old identity and beliefs of the doer.

Consequently, their identity becomes so wrapped up with those metrics that if they don’t reach them—if they don’t solve problems, reach goals, move things forward, have answers, and receive praise for their productivity—then they are literally nobody.

Think about that. If they’re not busy and producing, they’re afraid of becoming nobody. Vanishing. Disappearing. Gone. Poof.

No wonder their new role as a leader becomes tricky. The survival of their entire identity and everything they believe to be true about the world is at stake. The existence of the very person they thought they were is on the line.

And so it becomes an endless arm-wrestling match with oneself. Patience is impossible, because it goes against immediate action. Creating the space for trust is ignored, because it requires giving up control. Innovative and controversial decisions are avoided because they remove opportunities for immediate praise.

The doer knows that they need to step into the new leadership behaviors, but they’re blocked. The new behaviors simply don’t fit into their existing worldview.

One foot wants to drive ahead and become a leader. But the other is slamming down the brakes, craving to remain in the identity as a doer.

The only way to the other side is to grapple with the hard questions. To dive into them. Not to avoid the competing internal forces, but to be in that space and ask the tough questions.

This is bottom-up change. It starts from the deep levels of beliefs, testing one’s assumptions and their validity like a scientific research project. Do the old beliefs hold up? Are they actually true?

By testing those assumptions, you realize that nothing is fundamentally and irrevocably true. Nothing is always right. The beauty about beliefs is that they’re all made up.

To change behaviors that are part of a new role and identity, pressing down the gas pedal is not enough. Without also releasing the brakes, you’ll never move forward.

Once the brakes are off, change has more space to breathe. There’s less futile struggle. And as a result, you can lighten the pressure on the gas, too.

It then becomes a whole new journey. You can coast along the road in your new role. You take on obstacles when they arise, but you do so with a lightness and receptivity instead of self-conflict and struggle.

Coast along the road? To the doer this sounds scary, I know. But such is the nature of the path ahead of you—the path of a leader.

Coach and Founder of Kodawari Coaching