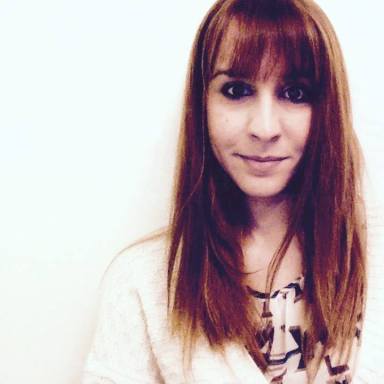 People born with their sun in Taurus are persistent, passionate, tender, and supportive. However, Taurean energy can also be aggressive and stubborn. Thus, contradictory and complex qualities. How should be the compatible person with this sign?

Here are some of the traits that will fit good with a typical Taurus person.

1. Someone who is reliable.

Taurus is the sensual seducer of the zodiac—a true romantic and one of the best lovers to find. They love being close and will pamper their feeling with admiration and attention. Taurians are happiest in a close and committed union.

In a relationship, a Taurean is very traditional in the sense that they will love going out on dates. However, they are also homebodies, so a lot of your time will be spent cuddling up to them in bed and watching movies with them on the couch. They fight to maintain a good relationship, and put in a lot of effort when it comes to someone they love.

One of the most important rule you need to know is to not argue with a Taurus. You won’t win. They can be stubborn, so it is very important to create good communication early on. Taurus know exactly what they want. Their argument is better than yours, so don’t bother trying to change their mindset. The unyielding, temperamental bull will quarrel until they get their point across.

3. Someone who is patient.

Taurus need time to build trust and anyone on a chase for their heart needs to take the time earning it. As people of very few words, they will seem impossible to penetrate at times, as if nothing can touch them. So they would need someone who actually really wants to get to know them. After a while, they’ll trust you, and you’ll be one of the favoured who can see a totally different side to them but it takes a little while to get there.

4. Someone who is emphatic.

Taurus often are stable and conservative, this is one of the most reliable signs of the zodiac, ready to endure and stick to their choices until they reach the point of personal satisfaction. They are sometimes fixed on projects, things to do etc.. you just need to believe in them and let them pursue their dreams. They need someone who doesn’t contradict them, and most of all they don’t want to hear advice on how to do things.

5. Someone who leaves room.

They are loyal and don’t like sudden changes, criticism and most of all being somewhat dependable on other people. Their perfect partner would be someone who leaves them room and who considers them as equals.

6. Someone who loves hard.

Taurus tend to think with their head and not their heart but the perfect partner would be someone who values love as much as they do and is willing to take risks when it comes to relationships. To find love, a Taurus has to travel the world, change perspective or make a shift in their entire belief system and their system of values. For Taurus, horoscope compatibility requires a partner who is willing to offer security and physical affection.

24 years old girl made in Italy. Extremely passionate about media and travelling, is currently in Canary Island for her internship in Digital Marketing.