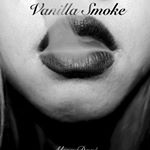 Any one of these signs could point to a toxic relationship. It does not have to be all of the below. It could be one or two, or a majority. Sometimes we are in toxic relationships without even realizing it, so it can be difficult to figure out why we might find ourselves stressed out. Maybe you make excuses for the person. Maybe you attribute it to other stressors in your life. But here are some subtle signs to look out for.

1. You’re not their priority

They said they would hang out with you today, but at the last minute, said they couldn’t and without an explanation. Or, something better has come up. They said they want to hang out with you eventually, but never give you a specific time. They leave you hanging. Waiting. Until it’s convenient for them. Because you’re not one of their priorities, and you accept that because you’d rather have some time with them than none at all.

2. They don’t communicate with you

They might be having a bad day, but they don’t tell you that. Instead, they disappear for hours, days, leaving you wondering what you did wrong. Instead, they get angry at you for pushing you to open up. They might even insult you. Or maybe they’re going to go out this weekend, but they don’t tell you because they simply didn’t think to tell you. Again, you’re left waiting.

3. You question your self-worth

You said you wanted to go out to dinner, but they said they’re busy. You don’t ask why. If you do, they’re broad about it, maybe say, “Just going to be out.” You wonder if they’re sleeping with someone else, falling in love with someone else, or being with anyone but yourself. You don’t think they love you enough to stay with you. You don’t think you’re worthy of them. Because they’ve made you feel like you are not worth very much of their time in the first place.

4. You can’t remember who you are

5. When you try to pull away, they come running back

You try to take some space from this person, maybe finally cut ties with them. But just when you start to pull away, they seem to pay more attention to you. They are the person that you first fell for. They are more thoughtful, caring, and spend more time with you. Maybe they’re trying to make up for how they were treating you before. Maybe they actually don’t want to lose you. But it’s toxic if this is a cycle. Once you get closer, and used to the idea of them being present, they pull away again. And you are left waiting for the time that they will be attentive to you once again.

6. They pay too much attention to you

This is the flip side of them not prioritizing you. This can be hard to decipher, but there are some obvious signs that this toxic. They always ask where you are, who you are with. They ask for proof. They don’t seem to fully trust you. They make you feel guilty for making them feel angry or sad or insecure, even though you have done nothing wrong. You question whether you were flirtatious with that stranger without realizing it, and you feel guilty. You feel like you are always to blame.