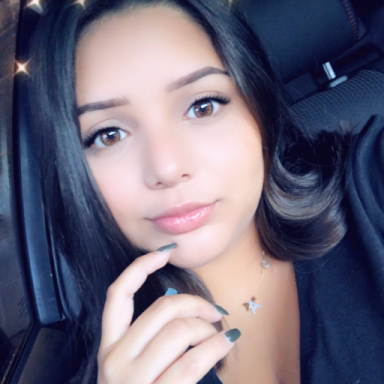 He’s moved on, and I’m not going to lie, it hurt me more than I thought it would. Am I singing Girlfriend by Avril Lavigne every day? Yes, but I’m happy for him.

Does that make you feel any type of way? Do you feel almost thankful that I messed up the way I did?

I hope that you cherish him in the way I didn’t, that it doesn’t take you 11 months to figure out just how much you care for him. I hope that you’re able to have the happiness we never found. I hope that you can forgive me for the hurt I caused him, because ultimately it led him to you.

I hope you make him happier than I ever would’ve, that you don’t play the mind games I did. I hope that you light up his days, that his smile fills your heart. Because he deserves that. He deserves to have happiness, to feel wanted by the person he wants. I hope that you can be everything I never was.

Don’t take him for granted. Savor the way his guitar playing wakes the butterflies within you, appreciate his encouraging nature when you can’t play video games right, watch him smile when you’re watching comedies together, hold him tight when you say goodbye. Do all the things I can no longer do.

Be the girl he’ll want to bring home to the parents, the girl he’s proud to call his. Be the girl he tells his friends about, not the girl who was too afraid to meet his mom.

Don’t do what I did. Don’t push a good person away just because you’re scared. Take a chance at happiness with him. Tell him you care, and if you don’t, then please don’t hurt him by sticking around for longer. Don’t lie to him because he’s the most understanding person ever and you’ll feel horrible after you’ve done it.

He’ll understand and respect where your boundaries lie. The way his arms wrap around you will be your favorite feeling. The way he looks when he admires your beauty will make you melt.

Be a light in his life, challenge him, accept him the way he is, guide him, love him.

Don’t complicate his life like I did. Don’t get angry when he doesn’t reply for a while, you’ll notice he’s not obsessed with his phone, so while it may be inconvenient when you’re trying to get a hold of him, I can assure you it’s the absolute best part about date night.

Cherish your time and don’t hold back. Do things right so that later you’re not left wondering what you could’ve done differently. Learn to take chances, because life is too short to wonder, “What if?”

It's all about perspective.