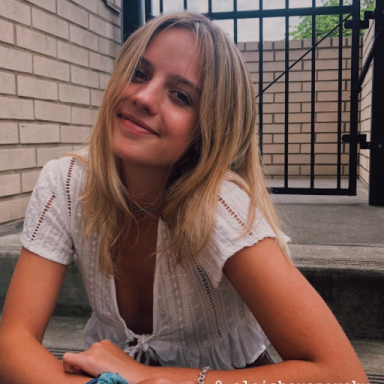 I know you miss him, but it’s time you put down your phone and stop scrolling through Instagram trying to find something that relates to the pain you’re feeling. Stop typing out messages, pouring your heart out, just to delete it.

Honey, he was just a boy. There will be one that comes along that will heal you, love you, and treat you the way you always known you deserved to be treated, even if right now that time feels far fetched. When you are doubting that, remember how he made you feel and how badly you wanted it to be different. Remember how whenever you hit him up you would never know if you would hear back in 2 minutes or 2 weeks. Remember how much anxiety that causes, after hitting the send button. The tremble you feel in your hands when your phone buzzes, but then the feeling of your heart sinking when you look down and it was just your Apple Watch telling you that it’s time to get up and move.

Remember in that moment, how it makes you feel. When you’re blowing up his phone and he never seems to reply, leaving you hanging, but he has the power to not reply, but so do you. Remember that. Remember when you reach out that one day he will reply, but only when he is drunk and alone. When the other girls don’t have time for him. And I promise you, you are worth way more than a drunk text saying,

He only seems to love you 100 percent after downing something 100 proof. That right there is not love, and I know by now it seems like you will never move on from this, that this is the end of the road, that no matter how hard you try to get up and walk away it will never work. But sweetheart, close your eyes and replay the moment when he told you that you guys were over. I know it hurts, I really do but remember how heartless he was, and then the following weeks after he had said his goodbyes, how inconsiderate and inconsistent he was of the way you felt and the way he felt, playing games, telling you he was in love with you, but clearly not enough to commit.

He isn’t going to say sorry.

Because that is who he is.

Sweet girl, he is not the boy you fell in love with. You have fallen for the false reality he painted for you. He broke you and made you pick up every shattered piece by yourself. He caused your heart to break, without a concern in the world but himself and his desires. He didn’t love you the way you deserved. Boys like that can’t love. He feeds off of your pain that he sees himself giving you, knowing that you are hurting because of his actions. His ego is all he cares about. Don’t give it to him, don’t allow his selfish desires to consume you.

Darling, I know in your weak moments you go back to him, but rather, take those weak moments to remember who made you feel so empty.  Who made you drink until you could forget about the memories you had with him? Who made you cry till your eyes were dry and your sheets were soaked? Who made you look in the mirror and question your self worth? Who made you so sick you couldn’t stand to keep food down? Who broke your heart? Exactly. Now why the fuck would you want someone who made you feel all of those emotions, back in your life. You deserve the love you dream of, not the one who gives you nightmares.

Stop for the love of god, let him go. Let go of the demons he brought upon you. Let go of all the times you were there for him and he didn’t reciprocate it. Let go of the thought that you are not complete without him. Let go of the dreams you had with a boy who didn’t have the strength to be a man. Put down your phone. Stop trying to figure out how he is doing, because why would you care, if he doesn’t, and if he did, you wouldn’t be reading this.

Sometimes things fall apart, so let it fall, but don’t fall with it.