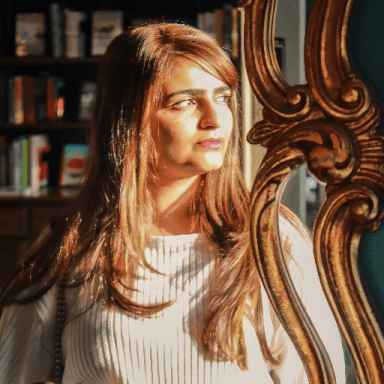 One of the hardest parts about not knowing whether to cut someone off is when you give them the benefit of the doubt for their behavior. It’s simple to know what you deserve when you spot those heavy toxic traits—lying, manipulating, gaslighting, cheating—but what do you do when it’s not as simple? What if you’re in that area where things feel wrong but you can continue to justify their behavior?

If you need a sign to tell you that how you’re being treated is toxic, this is it. It doesn’t matter whether you understand why they behave the way they do, because at the end of day, it’s their responsibility to own up to their behavior.

It took me a while to realize that some of these signs really are toxic because I had only experienced toxicity at its highest level. When you experience something slightly better, you don’t think it’s toxic because it’s so much better than your past experience. If you take a moment dissect these subtle behaviors, you’ll see that they do take a toll on you and you owe it to yourself to break the cycle.

Here are eight subtle signs of behavior that you should not be putting up with.

1. They don’t make you a priority.

We have a lot of things happening in our lives outside of a relationship. We have our own families, a career, a social life, but your relationship should be a balanced part of this. At the end of the day, are you the person they want to discuss your day with? Do they make time for you, especially when you need them emotionally? If they’re okay with going a day or two without checking in on you or heavily prioritizing other areas of their life consistently over you, it’s easy for them to see you as just an option. You are not an option. You deserve to be prioritized.

Communication is the core of any relationship. Both of you should be able to convey your needs and be understood. Both of you should be able to solve any conflict, big or small, in a respectful manner. If you find them ghosting you for days instead of communicating, that is not a person you can rely on. There’s a difference between communicating that they need their time or space versus being unresponsive to your texts for days on end.

You should feel loved every day, not some days. Even through the fights. If you’re going weeks having great days together followed by awful and distanced days, something isn’t right. Consistency is important.

4. They make you feel like you’re not good enough.

The person you’re with won’t ever make you feel like what you do isn’t enough. And if they make you feel that way, it’s likely because of the internal struggles they’re projecting on you. They‘ll compare you to other people, make small hurtful comments, and criticize every move you make. Do not try to prove them otherwise because nothing you do, even if you were to move mountains, will ever be good enough for them. Here’s a reminder: You know that you’re a badass, and they should only enhance that feeling and remind you of the badass you are.

They say they’ll call and they don’t. They say they want to see you but make no effort to do so. It’s really that simple. It takes about 15 seconds of your day to text, “I’m sorry I said we would talk, but I’m swamped. Can we talk tomorrow?”

6. They bring out the worst in you.

How do you feel around this person? Are you anxious, grumpy, irritated? It was eye opening for me when I began to realize that I wasn’t striving to be the person I was during a bad relationship. For example, I‘d like to believe that I’m rational, kind, and understanding, but this person’s behaviors would drive me up a wall to the point that I’d become slightly erratic and impulsive. Do you like the person you are in their presence? You should feel comfortable and understood, not in constant fight-or-flight mode that causes you to act out.

7. There is no accountability or ownership.

There is a huge difference between saying “I’m sorry if you felt hurt, that wasn’t my intention” and “I’m sorry that I did this to you and I am going to make sure it won’t happen again.” If they apologize but make no efforts to change, do yourself a favor and don’t expect anything. If you see the same pattern repeating, that is a clear sign. A man will do what it takes to work on his part of the relationship if it is important to him. He will take accountability for his actions. He will not just mutter a measly “sorry” and continue to do the same things he’s been doing to make you feel anxious or miserable.

Are you always the person initiating conversations or trying to make plans to see each other? When was the last time they initiated something in the relationship? What about in terms of conflict? Are you always the one trying to sit down to solve an argument or a problem to work on the relationship while it’s easy for them to avoid it and pretend like nothing happened? People who avoid conflict because it’s “easier” are people who shouldn’t be in relationships. Relationships are a two-way street. We tend to forget that no amount of effort on our part will compensate for the lack of theirs.

I spent a lot of time trying to dissect the reasons why people like this act the way they do. I tried to be the “fixer” and constantly thought I could get to the root of their problem so that they could change. I made excuses for them. I justified their behavior. I lost a lot of myself in the process by trying to reason, “But they’re still a good person.” Good people do not hurt you. Know that these unacceptable behaviors are a part of their own struggle. This is not something you can, should, or try to fix.

One of the closest people in my life to me said that if you are letting them treat you poorly during the dating period, the time that they are supposed to be wooing you, you are giving them the green light to treat you that way for the rest of your life. These words resonated with me, and I hope they resonate with you.

Know your worth. The right person will make you feel on top of the world.

All about self-discovery, mental health, and personal growth.