Skip to content
Report This Article
What is the issue?
Could a greater miracle take place than for us to look through each other’s eyes for an instant? –Henry David Thoreau

I love taking pictures while I travel —mainly so I can share them here on the blog. I’m always looking for pictures that elicit feelings and impressions that compliment what I’m thinking and writing about. One thing I’ve been insecure about however is taking pictures of people.

It’s funny because these are the pictures, when I look back, I appreciate the most. They are also the pictures I regret not having taken the most.

The people I meet —whether for moments, days or weeks— often become my most treasured travel memories.

Until recently though I rarely took pictures of people. And when I did, I was often guilty of trying to sneak my shots in, fearing that asking people would make things awkward.

But then I traveled with Thomas. Thomas is from a rural village in Southern Germany and he still runs a business there. He’s been coming to India off and on for the last 19 years and runs an NGO in the southeast of the country that helps educate Indian women.

In his late forties, Thomas has way more energy than I do. He’s also a fanatic about photography. He loves to take photos and when I saw the “not very good” shots he took over his recent, two-day motorcycle trip in India (there were over 500 of them) I wondered why I even bothered picking up a camera at all.

I asked him, what do you do with all the photos you take? Nothing, he said. He rarely even looks at them. But he LOVES taking them. Especially portraits. “Look at his eyes!” He’d tell me. “You must see his eyes, Alasdair! He has such beautiful eyes!”

As I traveled with Thomas I began to suspect there was more to his obsession with photography then had first first met my eye.

He genuinely admired them and wanted to capture what he saw in them. He appreciated each person he photographed.

I suspect that’s why everyone enjoyed having their photo taken by Thomas. After, he’d always show the pictures he took to whoever he had photographed. He told me once that before email he used to print them out and mail them to the people he photographed.

One day he took me on what turned out to be around a 70 kilometer bike ride into the countryside to “see the real India!” as he so commonly put it. The real India nearly killed me. He refused to navigate by GPS (although I secretly did when he wasn’t looking) and instead always asked the locals for directions. For hours we were “10 kilometers away.” As we biked through the countryside we talked about economics, politics and philosophy. Every so often he’d stop in a village to learn how people lived or chase someone down to take their picture.

We stopped at an abandoned palace and after climbing to the top we spoke with the kids fishing in the lake nearby. They showed us how they caught fish with their nets. All the while, Thomas took their portraits. Then, before we left, he pulled out two bouncy balls from his backpack and gave them to the kids. They were beaming. 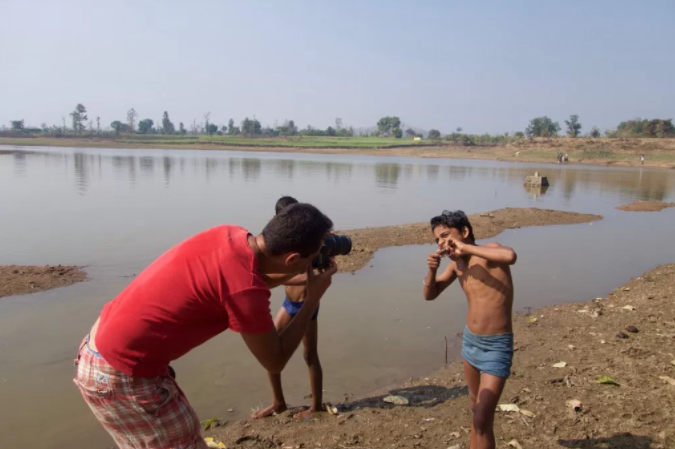 Thomas taking a young fisherman’s portrait as he shows off his catch. Regrettably, this is the only photo I have of Thomas.

Another time he insisted we take a detour to visit a construction site he’d spotted a little ways off the road. I never would have noticed it. A group of Indian villagers were digging a new well there. Thomas told me about all the water problems this particular region suffered from. Then he took pictures of the well and everyone there.

The well was little more than a pit in the ground, about 15 feet wide and 30 feet deep. A rope dangled down the rocky, dirt wall which the workers climbed barefoot to get in and out of the pit. One man was at the bottom of the well, digging in the blazing heat. Two men operated a small crane, its arm precariously propped up by a wood pole. I desperately wished the man in the pit would step out from underneath the large metal bucket of earth now being hoisted up out of the pit.

One of the workers there had badly lacerated his hand and foot and showed us his open wounds. Thomas pulled out alcohol wipes he had for cleaning his camera and cleaned the man’s wounds and then bandaged them. He told the man as best he could not to smear the wounds with oil, which, he explained to me after, the villagers often did because they mistakenly thought it helped to treat the wound.

One time while admiring some of his portraits he brushed off my compliments saying they really weren’t very good. It wasn’t that he needed a different lens or anything, the hardware wasn’t really that important, he told me.

What he needed was more time. Time to talk to them, to understand them, to make a connection.

An hour was usually enough time to get a good portrait he said.

I think this is why Thomas never looked at his photos: they weren’t people.

In the point and shoot, selfie-stick plagued world we now live in, what Thomas was doing seemed almost radical. While so many are focused on finding the best angle that will squeeze a landmark or another person in with a shot of themselves, Thomas was focused on finding out who the person on the other side of his lens was. He saw a bigger picture.

Since traveling with Thomas I’ve started taking pictures of people more. I don’t have his infectious charisma so I don’t run up and just start shooting like I’m the paparazzi the way he does. I’m not sure I could get away with that quite yet.

So for now I ask. My request is usually well-received. Then I take my time and try to get a good shot. I thank them, smile, compliment them if something about them had attracted me or maybe shake their hand. I realize now that I shied away from this before because I was scared of rejection. I still am sometimes. But over and over I find the reward for putting myself out there is a new connection.

I have a long way to go before the quality of my portraits are anywhere near the quality of the ones Thomas routinely throws away. But I think Thomas would be the first to say the pictures aren’t really what matters.

I think he’d say you have to look into their eyes. And when I do, I can see it there…what Thomas was so fanatical about.

I can see the real India. 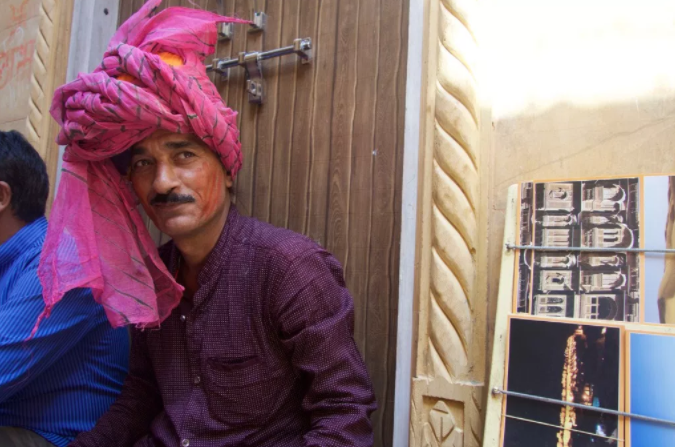 A Rajasthani man dressed for a wedding in Jaisalmer. He was a pretty serious looking dude…it took me over a minute to catch him smile. 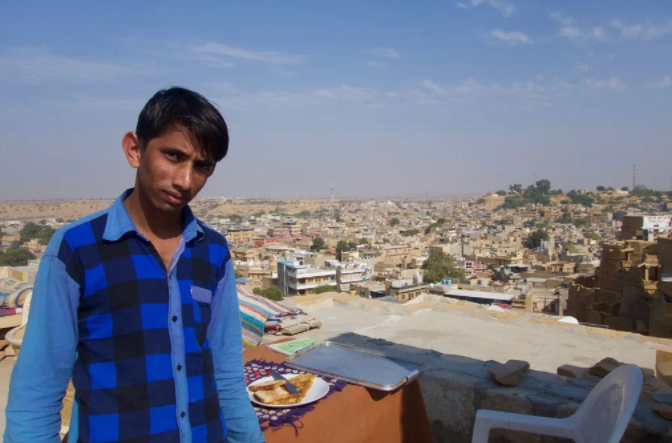 Raim serves the best Rajasthani thali in town. His family lives out in the desert. When I asked him if I could take his picture he squealed “M-m-m-m-e!?” in a high pitched voice that made me laugh (he has a slight stutter). The next morning we did an impromptu photoshoot together with him wearing my baseball cap and sunglasses. The thali he served me that morning was double the size of a normal thali —I could barely finish it! When I told him it was too much food he said “it is for my friend!” 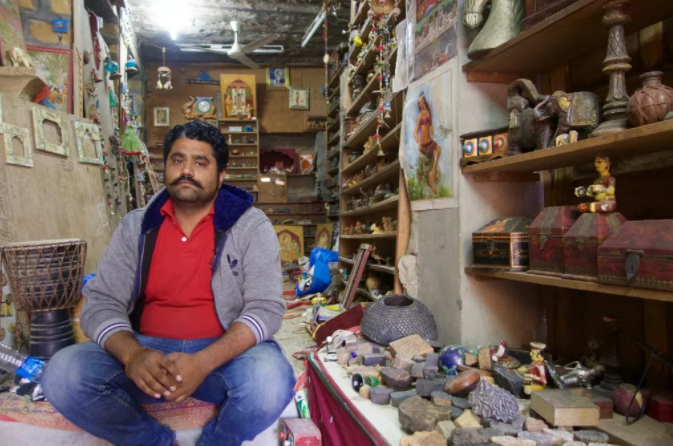 Bunny (pretty sure that’s not his Indian name!) is a shopkeeper selling handmade products by others in his caste from all over Rajasthan. He has taken over the family business, which used to be his father’s.