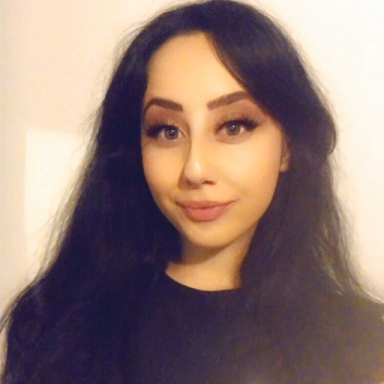 Ah the friend zone, the place no one wants to be.

It is the Bermuda triangle of relationships, where hope and any chance of a romantic future diminishes in the blink of an eye.

If you’ve somehow been living under a rock and have no idea what being in the friend zone means just log onto Netflix and search for any romantic-comedy whereby the premise is about two friends. The portrayal in the movies is that people can move in and out of what I like to call the danger zone quite easily, which may be the case for some, however, for the rest of us, it’s not all sunshine and roses as a result.

The thing with men is that they are so fucking confusing. One minute they’ll be all over you, clingy to a point where you are like do I even want this? And the next thing you know they’ll turn around and say,“…this is all moving too fast I don’t think I can do this anymore.” And that’s if you’re lucky because the majority of us just get ghosted.

Generally, the term friend zone means a relationship whereby one or both parties do not see the other romantically. You kind of put one another in a box, draw a circle around that box and then label it with do not touch — ever.

This can happen for several reasons but most of the time it is simply disinterest. However, I’ve been friend-zoned in the past by guys that I had been sleeping with, who wanted to continue doing so, but just keeping me at arm’s length in the process (which biologically is kind of impossible if you do the calculations but whatever). So again the mixed signals can be a lot to absorb.

One of my Bumble matches once said to me “you cannot mistake affection for feelings,” which is something I always did. Sue me. I’m sorry that I mistook your neck kisses and interest in my life as an indication that you liked me. And then I would wonder why things never progressed outside of the bedroom. I was being fuck-zoned. This means you are in a sexual relationship, where you think things are on the path to something more and he thinks you’re still ‘just friends’. *groans*

All of this terminology for different dating techniques is making me want to bang my head against a wall. Nothing is simple anymore, but that is modern dating so what can you do?

So if you like him, a lot, but you’re feeling like it’s a little one-sided, or you’re getting mixed signals, I’ve compiled a list of surefire ways to tell whether he thinks you’re ‘just friends’. And then hopefully, you can stop daydreaming about having his children or spending the summer sun-kissed and tongue-tied and just accept it for what it is.

I apologize in advance.

1. His body language. Does he look you deep in the eyes when you talk, does he touch you any chance he gets? Chances are doing that he still thinks you’re ‘just friends’. But when I think of how I would act around someone I want to keep at arm’s length I’d keep things quite… tamed. I’ve witnessed the most uncomfortable situations. If he is opting to kiss you on the lips: perfect sis you’ve found yourself a man. If he kisses the side of your head or gives awkward hugs hello don’t even think about it, he is literally drawing a circle around you as we speak.

2. He talks to you about other women. If it comes up in general conversation and he passes it off as not important then I would suggest he is either being a nice person for your sake OR he has a little bit of feelings for you that he doesn’t care to admit just yet. (Here is to hoping). However, if you ever find yourself in the following scenario: you are at a bar, you’ve been drinking, you’re finally feeling that liquid courage kicking in and he leans in (at this point your hands start to get a little clammy) and then he starts talking (yelling) about how he needs your advice. “A woman’s perspective…” Girl just run, don’t even listen to it. He feels like he can confide in you and tell you everything because it is all what makes you “such a good friend…” Blah, blah, blah. So when he is pouring his heart out about another woman and you’re sitting there thinking what the fuck did I do to deserve this, just think okay, maybe I should dip my toe in another man’s pond and stop wasting my time.

3. He introduces you to his conquests. If the talking thing didn’t knock you off your bar stool, introducing you to the girl he is seeing or a woman he has hooked up with, should. Now I’ve never been in this situation (thank goodness), but I know women that have and it is not good. That shit hurts. Swallow your tears honey, and go grab yourself another drink or three.

4. He calls you bro, mate or fam. If he is talking to a friend and refers to you as like a sister you’re too far gone to even crawl out of the friend zone. Most people have hope, in this case, you don’t. I’ll be sending my condolences and tub of ice-cream (the full-fat kind) because you’re going to need it. Once there are platonic nicknames involved there is no turning back. How do you call someone your sister or brother one day and wake up the next and think, “fuck I think I have feelings for them”. It just doesn’t happen. I call everyone mate (I don’t know maybe that’s just an Australian thing), but I have never once said it to a guy I liked.

5. Things never escalate when you hang out. If you are at his house every week and nothing is happening that speaks volumes. Men jump at any chance they get for a woman that they’re interested in, even more so if they know you like them. So if you’re home alone with a man you’re sexually attracted to and you’re watching Netflix and make it past the first, I’d say about 10-15 minutes let alone make it through the entire thing, then I’m going to go out on a whim and say he probably, just maybe thinks you’re friends. Don’t mistake this for someone you’ve just met. If you’re on the couch with your Bumble match and things haven’t quite gone the mile, don’t stress things are always awkward the first or second time, but if it’s your sixth date onwards, and you’re oozing pheromones and he is still not getting the hint. It’s not going to happen.

6. He treats you like one of the guys. You’re invited to guys nights, you down shots, listen to techno and maybe hit the gym?… I actually have no idea what men do in their spare time, but whatever it is if you’re in the friend zone I’m sure you’re apart of it. Yeah, sure mate let’s go out to the pub and smash a few beers and swipe on your Tinder while you ask me what I think until you find a girl to share a bed with that night. No fucking problems there!

How To Get Stuck In The Friendzone And Never Get Out Of It, Ever

The In Between Friend Zone: Where Do You Stand?

The “Friend Zone” Is Like A Prison, So Either Serve Your Time Or Escape

5 Easy Ways To Trap Him In The Friendzone

Read This If You’re Stuck In The ‘Friend Zone’

The Problem With Being A Hopeless Romantic