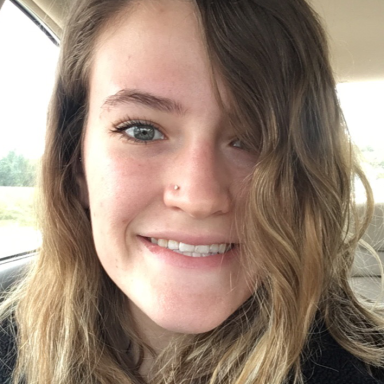 Moving on when you have Dependent Personality Disorder can be extremely difficult. A few days after finally breaking up with my boyfriend of eight months, I received my psychiatry records. It turns out that I had Dependent Personality Disorder, a mental illness characterized by dependency on others and lack of confidence in oneself. Those with the condition over-value their relationships and fear losing important people in their lives, and this makes moving on from a breakup incredibly difficult. So how is it done?

Mourn the breakup. Try not to go down the slippery slope of depression and drunk-dialing your ex at three in the morning.

Don’t cling to what once was. Don’t text, call, Snapchat, direct message, etc., if they’re not. You’re better than that. If you have a lapse in judgement, that’s OK. You’re still strong even if your texts go unanswered.

Focus on the people around you.

If you have a good relationship with your family, go visit them. Focus on your friends, and don’t say you don’t have any. You do. If you feel like you need to refresh your squad, join Bumble BFF. See the friends you lost touch with over the course of the relationship. Do whatever it takes to reconnect. Your support system is important.

Get rid of their stuff.

Put it in a box. Smell it all for the last time and drop it off at their front door. If you’re being civil, meet them and deliver in person. If they’re being a child and giving you the silent treatment, throw it off a cliff over the bay in Boston. It doesn’t matter if it’s not with you any longer.

Kick them out (of your head).

Constantly living like you’re still dating them isn’t rewarding. Sometimes it’s unavoidable to say “Oh, so-and-so would love this” while you’re at Target, but try to resist. The only person you should be concerned about now is yourself.

Do things you want to do. People with DPD tend to sacrifice for their partner to achieve affection. Did your ex say face masks were frivolous? Do them twice a week. Hated mushrooms? Get them all over your pizza. Whatever you gave up during the relationship is up for grabs now.

Be careful of your coping strategies.

Don’t go full-blown Gone Girl, despite how angry you are. People with DPD also tend to have addictive personalities, so using substances as a crutch may come back to bite you in the end.

Wait until you’ve had sufficient time to find yourself before beginning another relationship.

Because those with DPD sacrifice so much, sometimes they end up sacrificing aspects of their personality. It does no good to immerse yourself in someone else’s likes and forget your own. Having this time to rediscover yourself will be immensely beneficial. People with DPD typically seek out another relationship soon after ending one because they crave the affection, support, and care that another partner brings. Take this time to love yourself first.

Don’t do things you don’t want to do.

It may feel second nature to do unpleasant tasks for other people. I kept watching my ex-boyfriend’s dog for some time after we ended things. Did I do this because it’s my dream to be a dog sitter? No, I was trying to elicit a caring response from the man I just uncoupled. This can bleed over into many aspects of a dependent person’s life. Going forward, ignore the urge to do unpleasant tasks for people who don’t appreciate them.

Be wary of future suitors.

People love to exploit those with DPD. Personalities that would lay down so much for a significant other attract those who abuse those traits. Listen to your intuition: Don’t pair up with anyone who doesn’t appreciate you. Watch for jealousy, possessiveness, name-calling, and other signs of emotional abuse. It may not appear awful for someone to be possessive of you at first because all you want is to be theirs. But remember that you’re a person, too.

When it’s time, be open to new opportunities.

If that’s your thing. Your life can so easily feel stale after a breakup, take this opportunity to seize the day. Take that new career opportunity, make new friends, meet a new significant other, but not until you’ve put your past relationship to bed. Trust me, there isn’t anything partners hate more than hearing you talk about an ex.

Moving on is not impossible, just difficult. It might feel like you can’t breathe, like you’re unmoored in this big world without anyone to watch out for you. That’s untrue. You are your own greatest asset, your own number-one fan, everything you need and more. You aren’t underwater, you’re paddling your own boat. The sooner this realization hits, the better off you’ll be. You are worth it. You might have to give yourself your own closure, but you can do it. You can do anything. Love exists, and it exists for you.