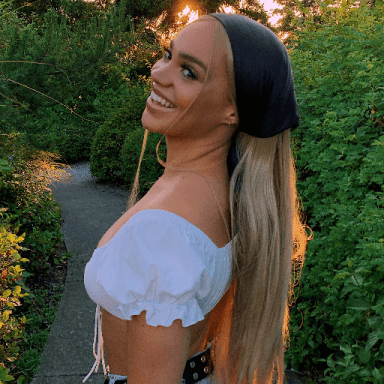 An eating disorder is something no one ever really wants to talk about. It’s hard enough as it is to admit it to yourself, but admitting it to others is a whole other realm that seems nearly impossible. I’ve never really openly talked about my disorder and never felt the need to. It was better kept invisible and my own little secret, because what was I supposed to do, risk the chance of people seeing me as anything but perfect? Admit that I was self-obsessive and craved an unattainable satisfaction with the way I looked? It was something I said was no one’s responsibility, and it was something I felt was necessary to go through alone. That time was the hardest time in my life, yet I never let myself talk about it.

My social presence was for my perfection, and all I wanted was praise for how put together I looked in each post.

Social media, for me, is the best form of superficial validation and a rating of the life I’m living. I clung to the comments about how in shape I looked, how skinny I looked, and loved people saying they wished they had my body—not because I felt like I deserved the celebration, but because I would never say those things to myself.

I hated my body and my shape, and I wasn’t living my best life. I was lonely and tired of being hungry but feeling bad for wanting to eat.

I needed to hear somebody else say they didn’t see me the way I did when I looked in the mirror because I was too afraid to admit that I had issues and need help.

If I looked good to others, I was good, and that was the end of it… until it wasn’t. Until I couldn’t just dismiss the control my brain had over my thoughts, and until I was losing sight of the person I used to be—who was a lot further than I thought.

I’m not saying there isn’t a balance or that everyone views forms of social media the same way I do, I’m just saying that as a young woman who can spend hours at a time comparing her body to someone else’s, social media isn’t a good place to be. In fact, social media began to fuel that very same fire I spent a long time trying to put out.

In all honesty, it’s quite easy to obsess over your feed, making sure you have the right angles, and that you look slim, not to convince yourself, but to convince the people who will see the photos.

In all honesty, it’s effortless to scrutinize someone else’s feed and wonder why the life you’re living isn’t the life you want to be living. It seems so crazy to me that instead of focusing on my life, I was much more concerned about how others viewed me and spent more time paying attention to other people’s lives than being consumed in my own.

It’s this rabbit hole that is dangerous and never ending.

Social media doesn’t always have to be this deep, but for the sake of perspective, I will be someone who says social media ruined my mental health and let me perceive these false realities as real life. No matter whose account it is, chances are their entire life isn’t being shared. All the brokenness, all the emptiness, and all the loneliness is left out, because social media isn’t a place where that is celebrated.

Social media made me lose sight of what matters, which is living and breathing and taking in the importance of a moment, and more importantly, taking care of my body and my mind.

I am just here to say that no one is perfect, and neither are their lives.

This isn’t me saying social media is shameful, but it is me shedding light on the problems with living vicariously through apps. There is more to life, and being authentic and genuine are things social media should never have the right to strip away.

It’s okay to feel broken, to crumble, but the best way to recover is by admitting that same brokenness we’re fearful of, because it’s actually one of the strongest things we, as humans, can do.

To anybody reading who resonates or feels alone or needs to be listened to, you are not alone, even if social media makes you feel that way.