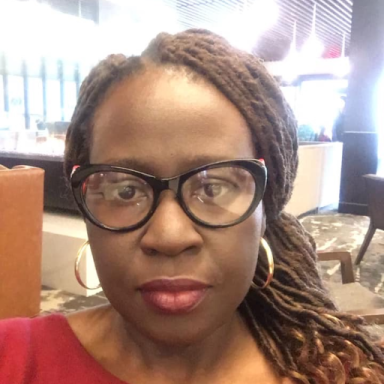 You broke my heart one good time this year and I learned my lesson. To be honest, you didn’t really strike me as the kind of fella to do that sort of thing. A white guy running game on a confident black sista? Nah, it never even crossed my mind. At first glance, I just thought of you as nothing more than a “really nice white guy.” As time progressed, I could feel our friendship slowly developing into something more, but still I was hesitant from the jump to let my guard down.

Okay, let me try to explain: When you’re a Black girl open to dating across racial lines, there’s a whole constellation of fears you have to deal with. The monologue in my head went something like this: “What if it he’s not interested in Black girls? How will his family and friends react to him having a Black girlfriend? How will people react the first time we go out in public together? What the hell do I say the first time that he EVER asks to touch my hair?”

And then I made a fatal flaw—I let my heart overtake my head. “Come on Afua, give that white boy a chance.”

Maybe I was fooled by your sensitive, open-minded, sweet guy game, but I seriously thought you would be willing to cross that racial threshold for romance’s sake. Oops, that’s my bad. To riff off an Alicia Keys lyric, “try sleeping with a broken heart.” Did you really believe that White women were the only ones with fragile hearts that break? Nah, us too.

Honestly, in the lead up to our relationship that never was, there is one question that still bugs me: What were you looking for? Oh wait, let me guess, you wanted to go ethnic but not too ethnic, right? ‘Cause by the shape of my nose and tone of my skin, my curvaceous hips and voluptuous lips, everyone would know you’d chosen a Black woman to hold hands with. Or maybe you are going through some exotic phase where you treat women of color as if we are different types of ice cream flava-flaves? Perhaps you were worried that your inner sanctum of white family and friends might perceive me as too outspoken, too vocal, too UNAPOLOGETICALLY BLACK for their taste. I think that’s probably because you fail to appreciate how women of color have been treated in the American landscape.

Growing up as a Black or Brown girl in the USA comes with a whole lot of baggage you cannot escape. There’s a LOT of shit you’ve got to deal with, like colorism, racial stigmas, white beauty standards, and sexual stereotypes. It is an act of radical self-love when I work to reclaim the pieces of my Black womanhood America has tried to shame. So with every set of locs I wear, to pieces of African jewelry and Afro-centric t-shirts I rock with flair, I’m defiantly pushing back against message which frame Black and Brown females as “undesirable” dames. For me, Black Lives Matter is not a slogan, a hashtag, or catchy phrase—it means that my life is valuable, my BLACK is beautiful, and I am worthy just the same.

Truthfully, when I let myself think about the way we never were, it’s got me feeling out of place. No warning, no ending, and BOOM—it was over before it ever began. Don’t get me wrong, I am not writing off white guys, and this ain’t some bitter diatribe either. I am definitely open and willing, but not to be played. So the next time you slide across that table spitting game, think long and hard about the complicated risk you’re asking Brown-skinned woman to take.

Who knows? Only time will tell. Maybe it’s fortuitous for me that you never really fell, but make no mistake — I didn’t want to play the part of a broken-hearted girl in your jagged little play.

I have never been able to whistle.