When I first met Lama Paljor in person, night had already fallen over the Kalimpong monastery and I was weary from the past nine hours of travel to reach the remote village in the Himalayan foothills. I bent to touch his feet, as is customary when meeting elders and spiritual masters in India.

He stopped me, laughing and embraced me in a hug instead. This simple gesture of warmth spoke grandly about the man with whom I was to spend the next three days.

I was introduced to Lama Paljor through TRAS, The Trans-Himalayan Aid Society, when I started my business Tibetan Socks one year ago and was looking for a children’s education program to sponsor. Lama Paljor, through his private school, provides a free primary education to over a hundred children from the poorest families of his village in Sikkim.

Penjo Lo, as the younger monks affectionately call him, became a Buddhist monk at the age of thirteen. His parents were refugees from Tibet and fled to Sikkim, a small Indian state bordered by Nepal and Bhutan. Sikkim has a significant minority of Buddhists who have crossed from the Tibet border to escape Chinese oppression. High in the mountains, multicolor prayer flags silently sing “Om mani padme hum” into the wind, strung from nearly every house and hilltop.

It is one of the most majestic places in India, but its villages are home to some of its absolute poorest citizens. 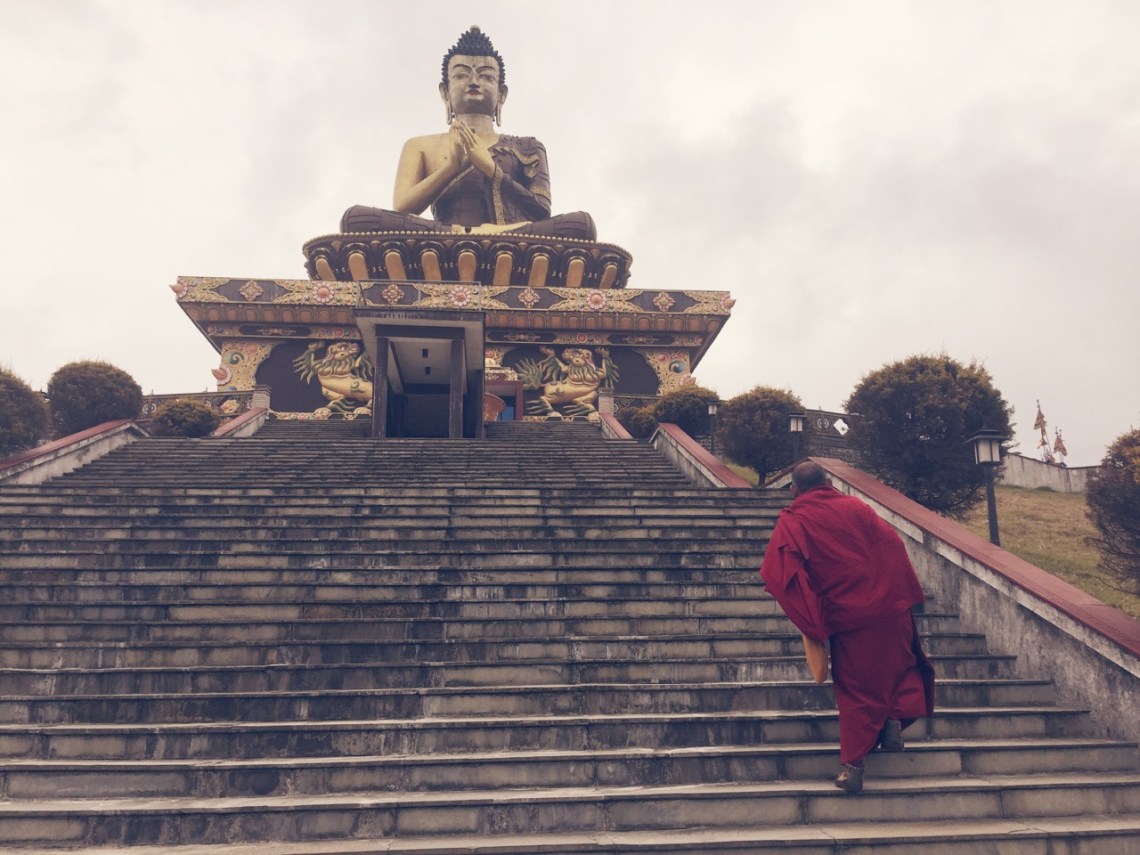 Ten years ago, Lama Paljor created The Pema Tsel Academy, an English primary school offering free education and boarding for children from the severely impoverished local community. Here, the altitude is so high and the weather so cold, not even sustenance level farming is possible, so the only available work for men and women is laboring on the mountain roads, the conditions of which are so abysmal that deaths from overturned cars are not a rare occurrence.

During my time in Sikkim, I witnessed men, women, and children breaking rocks by the side of roads, wielding heavy loads of rubble, all the while breathing in toxic diesel fumes from passing trucks. The pay for this labor is usually 7,000 Indian Rupees a month, or about $100.

The families are so poor they don’t have the time or means to send their children to school with a lunch. So Lama Paljor instated a free lunch program for all the students, ensuring they have a nutritious meal. Even though the Indian government promises a free school lunch to all children in public schools, it is not unheard of the teacher pocketing the subsidized lunch money. Worse still, sometimes teachers in remote villages don’t show up to teach at all.

Lama Paljor’s heart shines when he talks about his school and students. His face beamed as he showed me photos and videos of the children, smiling in their uniforms, reciting the alphabet and performing traditional dances during assemblies.

The educational quality his school provides and the care for its students’ wellbeing is unique in rural India. With a solid educational foundation, these children can aspire to a better life than the one of hardship and backbreaking toil of their parents. 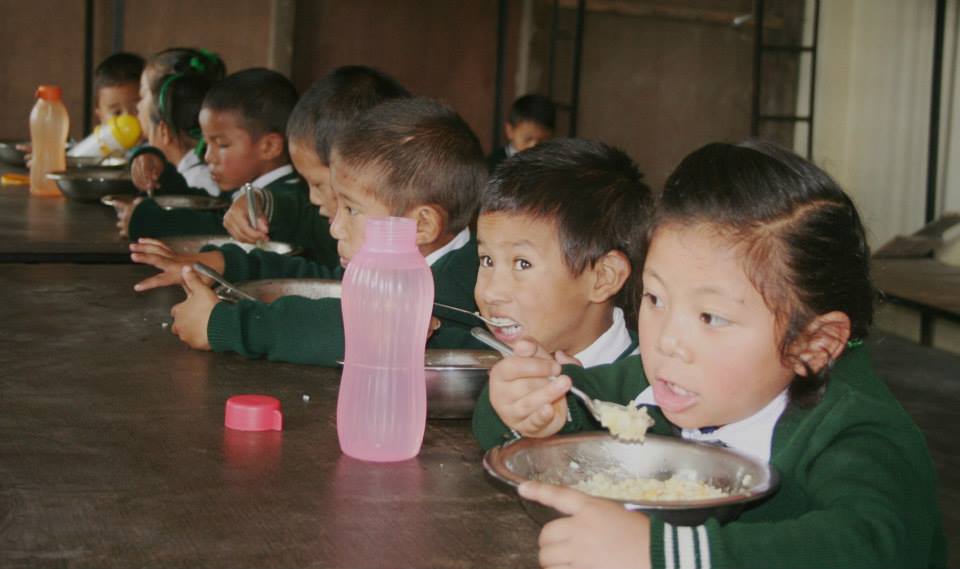 I spent a total of three days with Lama Paljor and, in that short time, was moved by his graciousness, his patience, and his generosity. He exemplified Gautama the Buddha’s wisdom in his compassion and the awareness he brought to every subtle action: the way he lovingly folded his red wool shawl after removing it, his unsteady but graceful swaying gait.

What stays with me most about Lama Paljor’s character was his child-like innocence and wonderment, stopping to look at a tree and asking aloud how old it might be, his laughter and amusement when a tourist posed for photos mid zip-line. In the three days I spent by his side, he was always smiling, his eyes creased in a state of permanent joviality. At the same time, there was a deep calm emanating from the center of his being. He was perpetually unperturbed.

Lama Paljor has consecrated his life to creating a more peaceful and loving world.

From his example, I have been inspired to double my efforts in making whatever small difference is possible through me. Each sale of Tibetan Socks we make provides 12 school lunches to the children at Pema Tsel Academy and it’s their faces I see when I work to build this business so that we can give and do more. The goal is not to make the most money, but to make the most good. 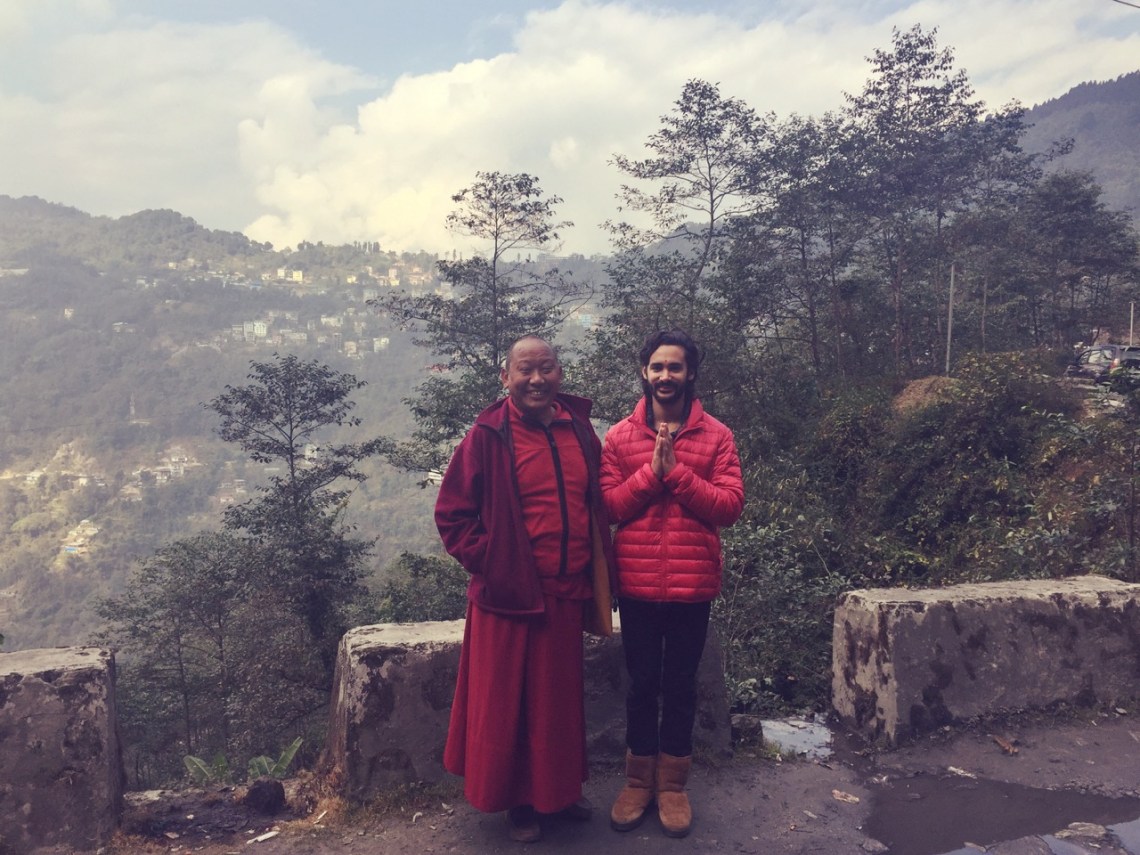 What A 30-Day Mindfulness Class Taught Me About Happiness, Anxiety, And Self-Compassion

What Watching My Parent’s Divorce Taught Me About Real Happiness

Basically A Stranger: 16 Men And Women From Arranged Marriages Share The Truth About Sex On Their Wedding Night