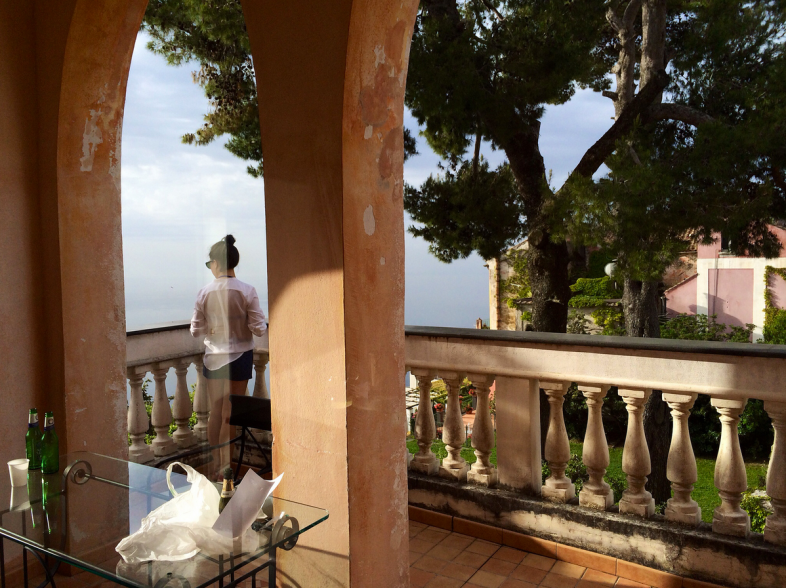 I’ve never been good at managing money. When I was a high school student, I spent an entire summer’s earnings from a minimum wage job on one go at the Prada store in Paris (it didn’t go very far). My philosophy has always been to spend like you could die tomorrow. The only glitch with this way of thinking arises when you keep waking up alive.

I have no savings, credit card debt and my only assets are a hefty stack of foreign Vogue magazines. I am the financial equivalent of Venice – the slightest calamity could send me under so deep the bailout effort would take multinational cooperation.

I should be panicking, praying at the alter of Suze Orman to come grant me salvation and solvency. Yet instead I spent lounging the day on the beach in Goa, thinking about spending the month of February in the South of France.

The reality is that I’ve been on the brink of financial ruin for the past seven years, peering right over the edge but never falling in totally. At the end of every month, I worry about how I’m going to pay my bills and keep the lifestyle to which I’ve become accustomed rolling on. But over those years of indebtedness, I’ve started to get comfortable there, to the point that it’s the only way I know how to live.

At 18, I took out my first credit card in my name. Why Bank of America saw fit to give a college freshman an Amex with a $7,000 limit is something I still ponder and pay 13.4% APR interest on to this day. I was at first judicious in my spending, using the card only when I knew I had the cash to pay the balance at the end of the month. But then my lifestyle outpaced my income and I confused credit with cash, spending what I didn’t have on things I didn’t need (but having fun doing it).

I was terrified to look at my statements at the end of each month. I only kept an approximate tally of what I’d spent in my head, typically underestimating how quickly cab fare and Seamless deliveries add up in New York. I waited until the day before payment was due then morosely navigated to the credit card website (I cancelled paper statements as I couldn’t bear a tangible reminder of my debt) to see how accurate I had been in my mental tabulations. Some months I was pleasantly surprised that I had underspent (these were rare). More often I gasped with dread at the mounting figure.

Once I was already in debt, it became a way of life. What difference did it make if I was $3,000 or $10,000 in the hole? And that’s what quickly happened. I got another card, this time a MasterCard with a $5,000 limit. I had a job at a magazine that paid me a paltry salary but got me lots of invitations to swanky parties for which I always needed new clothes. I used the credit cards to float my monthly expenses, then put whatever I earned into paying the cards at the month’s end. My spending outweighed my income and each month I become further and further in debt.

I started freelancing on the side to earn extra income. Every time I got a chunk of money, instead of paying down what I owed, I justified spending it on something: Gucci loafers that were 60% off at Barney’s, a vacation, furniture.

Rather than live like a miser, I chose to live like furloughed convict with an expense account. I am in good company with the government of the United States, whose debt at $18 trillion makes my obligation of $15,000 seem quite manageable. The average student loan debt is twice that.

Now maxed out, I can’t get into any further debt. I make just enough money to barely cover the essentials and pay the minimum balance each month. I’ve given up salon haircuts, gym membership, manicures, and most clothes shopping. But I won’t compromise on Whole Foods, staying in nice places when I travel, or taking taxis instead of public transportation. I’ve mastered the art of living well by trading financial security for frivolity.

I only know how to live for today. Saving is as esoteric a concept for me as calculus. The more money I make, the more money I spend. Money is there to be enjoyed; it has no value on its own. Besides, I am not a procrastinator – I want to live well now rather than wait for a tomorrow that may not come.

Of course, this could all come to a screeching halt at any time, but what living in debt has taught me (besides never give a financially irresponsible teenager a credit card) is that you must live in the moment. I can choose to be in a constant state of panic about my pecuniary instability or I can accept this burden with the lighthearted knowledge that tomorrow is not guaranteed and that death is the best retirement plan.

Keep up with Adrien on tibetansocks.com