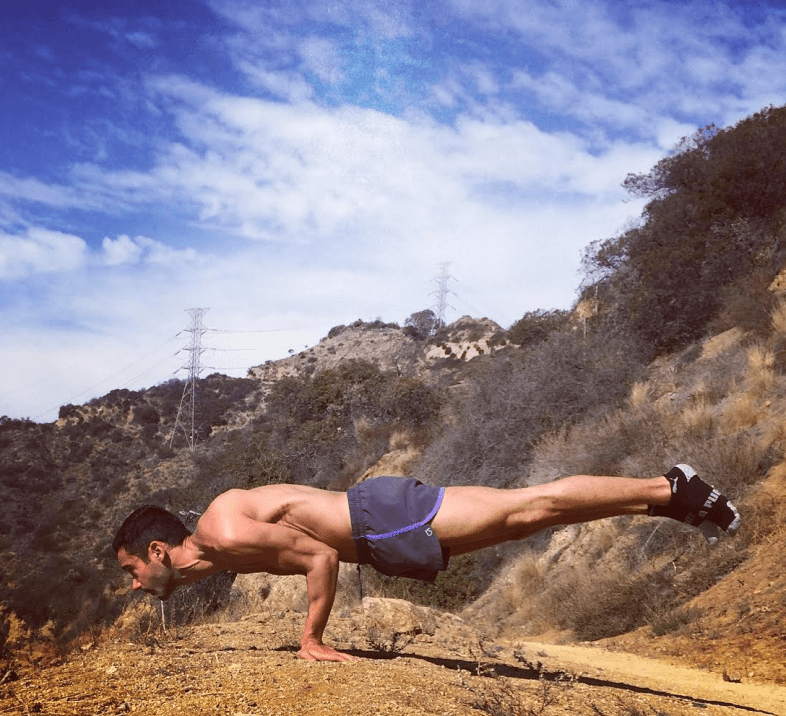 The first time I tried yoga I was a frizzy-haired, be-pimpled thirteen-year-old. I vaguely remember Madonna going on talk shows about her devotion to the practice and being that I loved anything related to the Material Girl, I was inspired to try downward facing dog myself. The only yoga classes nearby were in a Bikram studio where I would sweat profusely next to suburban moms. I was probably the only pubescent boy in New Jersey practicing yoga in the early 2000’s.

Over the prevailing decade, I dabbled in classes here and there, occasionally dropping in on ones offered at the gym. I’ve always been flexible thanks to my lithe body, so the practice came more easily to me than it did for others. Still, I practiced more for the physical benefit and trendiness rather than an understanding of its history or appreciation of its spiritual element.

That changed a few years ago when I discovered Ashtanga, a classical form of yoga taught by guru Shri K Pattabhi Jois. Ashtanga is a physically rigorous form of hatha yoga where each pose is bookended by a vinyasa flow sequence. The practice is about an hour and fifteen minutes from start to finish and is meant to be done six days a week at dawn, alone. It features a set series of postures that are memorized through repetition. The primary series can take people years or a lifetime to fully practice from beginning to end.

The first time I practiced Ashtanga I could barely get through the ten rounds of sun salutations. Despite lifting weights at the gym for the previous three years, my body was drenched in sweat and exhausted after fifteen minutes. I was intrigued by the practice’s intensity and authenticity, but it remained a novelty that I would do once every couple weeks when I didn’t feel like going to the gym to lift weights.

Then last year I went through a period of depression brought about by my failing business and loss of life direction. I felt worthless and life itself became of little interest to me. One day I counted how many different prescription pills I had and wondered if a cocktail of forty Klonopin, Ambien, and Vicodin would be enough to send me into cardiac arrest. I researched suicide methods and thought about what message I’d leave behind for my family. I slept with the bottles next to my bed, a reassurance that if things got really bad I could end it all.

But I kept forestalling the day, hoping that something would turn in my favor. Things did improve and I decided to make some fundamental changes in my life. One of the most important was quitting the gym in favor of dedicating myself fully to the Ashtanga practice. While my body had never looked better from years of free weights, I felt empty inside. Simply working out was a vain exercise focused only on my physical exterior. I looked at other men and felt small in comparison. With each visit to the bench press I felt worse about myself rather than better.

Something started to happen when I began practicing yoga six days a week with intention and devotion. The ambient anxiety that had plagued me for years began to subside. I regained a sense of purpose in life from the practice. Even if I did nothing all day but a full Ashtanga series, I felt that I had accomplished something and that I had been good to myself.

Yoga is a metaphor for life. It forces you to be patient, to move one breath at a time and to submit humbly. It is a slow progression that cannot be rushed. Each movement leads fluidly into the next. With consistent practice and steady determination, your body opens. Your heart opens. Your mind opens. You realize that everything is within the realm of possibility as you experience real transformation on a physical level. Each day you might be able to get deeper into an asana, or feel steadier in a balance. This progression encourages you to continue and push forward.

I practice Ashtanga alone, at home. The solitary nature of the practice allows me to delve inside myself without distraction. It is a conduit to meditation. Once your body adapts to the sequence and poses, you can turn off your mind and simply be present, feeling each sensation and breath.

After practicing primary for a year and being able to flow through with relative ease, I had a dream in which Pattabhi Jois told me to begin the intermediate series, which features poses like putting both legs behind your head, forearm stands and floating on your wrists. If it were performed within the realms of a circus tent, it would be almost indistinguishable from contortionism. It has presented a whole new set of challenges. Like in life, once you have mastered one thing you move into something new that again pushes your limits.

My yoga has become part of my identity. I take my practice with my everywhere and the lessons it’s taught me have reshaped my life perspective. It has given me a sense of peace and calm, a feeling that I myself am sufficient. For that I am humbly grateful.

Keep up with Adrien on tibetansocks.com