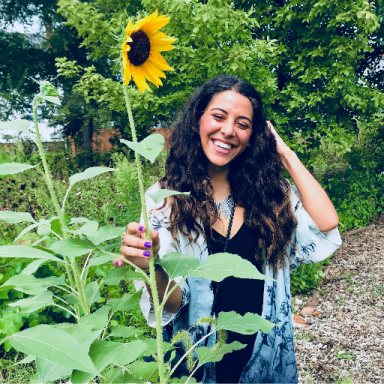 Making plans in the 21st century is tough. We live in a time full of “interested” as Facebook RSVP responses, “we’ll see” to making plans, and last minute cancellations via text, with very little (and sometimes no) firm responses that we can count on. It’s easier to say “maybe” to six events in one night rather than weed out the ones we definitely won’t attend. And I get it. We like options. We like to feel like in any given moment, we can make on the fly decisions so we never need to have FOMO. Millennials hate commitment in all forms, but especially commitments that impact our time.

So how do we live in a world with infinite choice and respect those choices while still honoring commitment?

Well, that’s a good question, but I’m still not sure of the right answer. What’s more important to me is figuring out how we take care of ourselves in a world where it’s pretty likely we will be let down by others (and potentially ourselves) on the regular.

I found myself challenged by this as someone who hates saying no to others. I used to be a “we’ll see” queen, and I recall getting that knowing look from friends, as if to say, “Yeah, yeah, we know you won’t be there.” After a while, I realized it sucked being viewed that way by other people. Being met with looks of shock that I made it out to a friend’s party or a pal’s band’s show, although I had definitely told them that I’ll probably be there. Hearing “Look who finally made it out” a few too many times, I decided I needed some change.

But amidst all these choices, where does accountability lie?

Once I started working for myself, accountability took on a whole new meaning. If I didn’t live up to my expectations for myself, no one would, and work just wouldn’t get done (meaning I wouldn’t get paid and would risk moving back home, which is NOT an option for this gal). Being a free spirit and a business owner is a unique combination of necessities, leading to many WTF moments. I’m still figuring it out, but I realize it starts with being accountable first and foremost to myself.

Being accountable to myself starts first with self-care. For me, that means checking in with myself and my mood, my mental and physical state, and my energy level before making commitments to others. The more we listen to ourselves internally, the better we can understand our truths. If someone mentions a hard rock show they want to attend on Saturday and I know I’m teaching a meditation workshop that day (which tends to leave me super chill the rest of the day), I can pretty easily check in with myself and hear that inner “Nope! Not gonna happen!” dialogue before even considering offering up another maybe. It takes practice, but if you’re willing, your soul will tell you what it needs.

In other situations, I might truly need to see how my timing works out that day. In those cases, it’s always much better to say something along the lines of, “I’m interested in going to that club with you, but I have a long work week until then, so is it okay if we check in with each other Friday after work and I’ll update you?” This is one of the most accountable forms of saying maybe that we can have—it’s honest, it doesn’t require giving a flat out no, and it keeps the possibility open while still maintaining some level of commitment, even if it’s just to communicate about it later. This is my go-to method for making plans that I’m really not sure I’ll be up for attending. This can also look like, “Your party sounds awesome! I’m gonna try to make it, but I also have a dinner date and a concert to make it to that night, so just a heads up that I might not show.” Again, not a huge level of commitment here, but the key is ACCOUNTABILITY. You can live up to exactly what you said, whether you show up or not, and the other person is prepared for whatever happens without having anything to hold against you.

Handling a lack of accountability in others also requires a good level of self-care and boundary setting.

One way some people choose to handle plans (which is probably the most aggravating to me) is something I call the “No Text Back Flaker.” You all know them. You might be one of them (in which case, get it together). They’re the ones who assure you they’ll be somewhere and up until the last minute they’ve confirmed and convinced you they’re coming, and then they just stop texting back. No response to your last message. No show. No word from them till next time, when they act like nothing happened. My WTF meter goes through the roof. Who does this person think they are? Or my internal caretaker instinct goes off and in the moment I’m thinking, Did they die? Did they get in a car accident on the way over? Did an asteroid explode their cell phone, making them incapable of answering me? All of which I know, deep down inside, cannot possibly be true, because they are just flaky AF.

Managing a friendship with the No Text Back Flaker, or really any other kind of flaker/plan-maker-with-no-accountability, can be challenging. It may force you to make a decision about whether you really want to keep making plans with them or not. If you do, boundaries are key.

Step 1: Know what you want. You want a clear response on whether or not they’ll be coming, not a, “Yes, I can’t wait, it’ll be so fun omg!” with no follow through.

Step 2: Communicate your feelings. Keep in mind that I said your FEELINGS, which does not mean telling the other person what to do. You’re not their keeper, and you can’t demand they show up or else. Tell them you feel hurt when you get flaked on and when they don’t take the consideration to let you know they won’t show.

Step 3: Hear them out. Maybe they do have some good excuses at times, or maybe they are terrible with their phone. Maybe they love you so much they hate to say no to you and don’t want to disappoint, so they avoid saying no and then feel the burden of their shame upon them and can’t respond back. Listen to their explanation with an open mind, without judging or blaming.

Step 4: Compromise on a boundary. Find some common ground, because if you both value the friendship, they will value making you feel loved and not hurt. An example of a well negotiated boundary is, “When we make plans, we will check in the day of and a couple hours before. You can respond with your ACTUAL plan, and if it changes, you’ll promise to call me BEFORE.”

Step 5: Enact the change. This requires both of you to be accountable. In the beginning, it might require you to be accountable for their accountability. All kinds of accounting out here. It might involve a few mess ups, but COMMUNICATE about why it isn’t working and update your boundary as needed.

Step 6: Feel better about not getting flaked out on, or at the very least, getting a message when someone has to flake out. Friendships saved. Yay!

And when someone does flake out, remember that it DOES NOT define your self-worth or the awesomeness that comes with hanging out with you. That is their issue, not yours, so remember not to personalize it. The more we personalize, the more we blame others and assume there is something wrong with us when there’s just not.

We live in a crazy time with a lot going on, and it’s tough to be accountable to our actual life requirements, let alone what we do in our free time. But this is something we all need to get better at so our Boomer parents can shut up about how we can’t commit to anything. For the record, Dad, I watched an entire five-season show on Netflix last month, and if that’s not a commitment, then I don’t know what is.