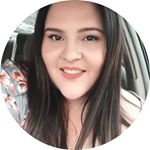 Let me tell you a story. It’s a love story, I promise.

Once upon a time, when Kendrick Lamar’s remix of “Bad Blood” was released on the radio, I had to change the station every time, because everything mentioned in Ephesians 4:31 would come to rise in me.

Around that time, I was feigning forgiveness towards a friend. I never truly let go of the bitterness and evil speaking that clouded my thoughts about this friend. I thought it best to suppress my thoughts and to fill my life with other things, but the feelings would bubble up from time to time, despite every effort of mine to pray for God to take them away.

Sometimes, God doesn’t take things immediately away. He lets them stay so that He can teach us great and glorious things through them. It’s one of our great Christian hopes. And eventually, He did. He truly did. This lesson learned was not in vain; this lesson learned was very much for His glory.

So here it goes:

It’s two in the morning and I’m climbing up the stairs to my hotel room, in solitude, in exhaustion, after helping facilitate a Christian conference. This conference was a joyful place, but I was absolutely beating myself up over a stupid little exchange that I had momentarily just had with the friend in question. He was attending this conference as well. There, the downward spiral of my thoughts began.

He and I had a big misunderstanding the year prior, and at this point, though we were friends, we mostly just ignored each other. Then, as I was climbing up the stairs, I found myself making him out to be horrible all over again. My anger wasn’t from the stupid little exchange, my anger was rooted in the fact that my heart had been broken from this misunderstanding the year prior.

The stupid little exchange was: He made a careless remark. A stupid joke. He didn’t mean anything offensive by it, but it really pissed me off. When someone makes a careless remark, especially about me, instead of standing up for myself and forgiving them, I used to have a horrible habit of just silently counting it against them. I tried to justify my internal disregard and my cowardice because an untamed tongue is a painfully dangerous thing.

I made it up the stairs, walked into my hotel room, and my roommate saw it right there on my face.

I told her everything. I told her ALL I was feeling, sparing nothing, and I had no idea how she was going to respond. My jaw hit the floor when she unexpectedly responded with one of the most profoundly beautiful gems of wisdom I had ever heard:

“Adriana, you have to love them. And loving someone isn’t feeling good about them or even celebrating them. Loving someone is being consciously considerate of them in your thought life, forgiving them and speaking well of them even when they’re not around. I know they hurt you, but you’re friends. You have to clothe yourself in compassion, because we are all broken people and it hurts me to see you hold onto this anger.”

And then it totally clicked. It may have been two in the morning, but in that moment I realized that in my thought life, I had been tearing this person apart. I’d been attributing such terrible and unwarranted things to them—I was holding them fully accountable for the pain I had been feeling, when in reality, I had been clinging onto that pain by remembering them so cruelly.

More than anything, I wanted to love this person, not romantically, but through a love that can only come after forgiveness. After much prayer, time, and healing, I can tell you confidently I learned a little thing about love that day.

There is a love that can exist for a friend even after the pain of heartbreak.

Scripture tells us to take every thought captive, and every time I catch myself thinking about this person (even now), I tell myself that I forgive them and I won’t allow venom to come out of my heart and onto my relationship with this person, who I have and will always consider my friend.

Lord heal me, as you do.

I’m currently wearing lotion made from ingredients found in Exodus 30.