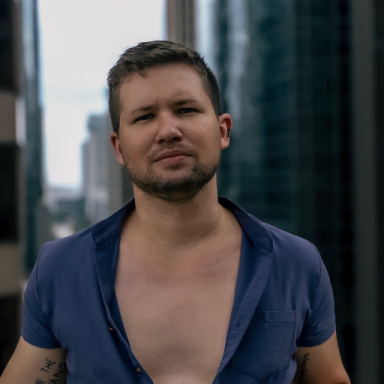 Growing up, I was always told that maybe was simply a polite no, that if someone really wanted to say yes, then they would. I think, deep down, we all know this is the case. But for some reason we always try to convince ourselves that a maybe means yes, especially when it comes to matters of the heart. But the reality is we often stretch what people say, trying to make a polite no into a yes.

We play detective and search for the positive in answers so we can convince ourselves they mean something more than what they’re saying, But ultimately, those answers are often little more than thinly veiled excuses or no’s. We believe the lies and excuses that are simply polite no’s, all the while hoping and telling ourselves that there’s still a chance we are right and there’s hope. But we need to accept what the early 2000s rom com He’s Just Not That Into You said over and over again: we are “the rule, not the exception.” We have to accept what people are really telling us.

When you ask someone repeatedly to hang out or to go on a date and their answer is always “soon” or “I would, but I am busy,” what they really mean is no. As the old saying goes, we make time for the things that we want to make time for. If you say you want to hang out and they always hit you with the “soon,” then never make an effort to rearrange their life or plans, then you are frankly not a priority for them. Which probably means that someone else is. Don’t make someone a priority that won’t do the same for you. Don’t allow yourself to hang around waiting for something that may never happen. Because if and when it does happen, it’ll most likely mean that you were simply the readily available second choice. Everyone deserves to be someone’s first chance.

When you take that chance and ask someone out and they say they aren’t looking for a relationship, then chances are they are telling you the truth. If we are being honest, most people aren’t usually just out looking for a relationship like eggs on Easter Sunday. But we are open to it when the right person is giving the right vibes. So when someone says that they aren’t looking right now, there is a good chance they’re simply saying that they don’t want a relationship with YOU.

So why wouldn’t they just say that, you might ask? Maybe they’re too nice. Maybe they want to leave the option open in case their first choice doesn’t pan out. Or maybe they just like the attention and affection you provide, and they don’t want to give up those comforts. No matter the underlying truth, you deserve to find someone who wants to see where the path of life leads with you, someone open to exploring what possibilities might exist with you.

Someone might also say that they are not emotionally available right now. This one is funny though. This one is usually completely true, yet we still try to talk ourselves into believing they mean something else. Now yes, sometimes it means just not for open for you, and that they will end up opening up for someone else down the line. But we all too often convince ourselves that we can be the ones to bust down their emotional walls. We think our love will melt their icy heart. But, in the end, all it does is leave you used and empty and unfulfilled. You pour your time and love and energy and emotions into them, with nothing being given in return. It is like pouring water into a pitcher with a hole in the bottom — it will only leave you empty, needing, and wounded. And all too often, it makes them ready to be with the next person who comes along, while you’re left to recoup and recover alone.

And last, but not least, when people say they are “living their best life,” “seeing where the universe leads,” or just “exploring what the world has to offer,” then you need to do one thing — walk away. Or better yet, run away. This is the stage we all have gone through or will go through. It is the point in life where people see the world as a buffet. They see options, not commitments. They are just window shopping with no intention of buying. So when you hear this, but then for some reason convince yourself that you are that “best life” or that the “universe is leading them to you,” you are, more likely than not, just setting yourself up for disappointment.

We empty our emotions into people who don’t deserve them. We waste our time waiting on people who aren’t going to take us along on their journey. Most times people aren’t being coy and just saying yes indirectly. It’s not a secret code or puzzle with some hidden hope. More often than not, it is just a polite no, and you need to listen to what they are really telling you.

You have to accept that you are the rule, not the exception. Believe that you deserve more. And free yourself from these relationships that will never bear fruit. That way you are ready when the ones ripe for the picking come along, rather than being distracted by fuckboys, assholes, and users. Because you deserve nothing less than everything you have always dreamed of. Life is too short to settle for less when it comes to love.

I come from the South, where passive agressive is an Olympic sport.