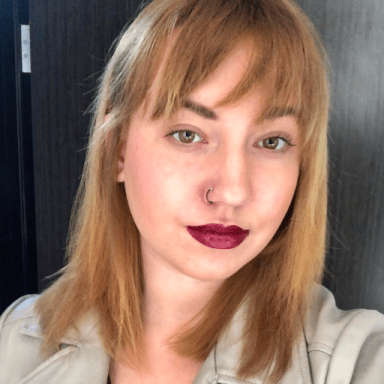 Have you ever had a friend that you thought relied too heavily on you? That talked too much about themselves and never asked how your life was going? That constantly complained to you about their life, relationships, and family problems (usually so they could become a byproduct of their own victim narrative), but became extremely offended any time you tried to share your problems? If you answered yes to any of the above questions, then you do not have a friend, you have a codependent narcissistic.

Codependent narcissists leech onto people who are usually confident and have their life even semi-together. Or at least together enough to not pull out the victim card every two seconds when life doesn’t go their way.

These people can suck you dry. Trust me, I know. I was once friends with a girl who, for the sake of privacy, we’ll call Carrie (ironically, she often proclaimed herself to be like Carrie Bradshaw of Sex and the City, who in my opinion is one of the most narcisstic and unhinged characters in the history of HBO and possibly television).

Carrie unraveled at virtually anything. She always had something new to complain about. “I’ll be single forever!” “ My mom doesn’t believe in the exact same things I do! How am I supposed to have a relationship with her?” ”My first job out of college isn’t making me rich! I’m above entry-level pay!” “The car my dad bought me isn’t exactly what I thought it would be!” And guess who heard all of this when she was sober and drunk? Me.

Now, I’m not saying that Carrie is entirely to blame in this situation. I should have seen the warning signs. For example, while Carrie was complaining she was also trying to one up me. Which is ironic, considering I did not want or ask for the competition. However, insecure people will always feel the need to one up secure people (I wish I would have learned this sooner). Anything that I tried to share in our circle of friends, whether it be personal or career related, Carrie had to bring up what was going on in her life or sometimes even shut down my ideas. If I said, “I think I want to start vlogging,” then Carrie would say, “I think vlogging is stupid.” She would sneak these in and there, but I should have paid more attention.

Another warning sign I should have seen was that Carrie had shitty values. If she was not in a committed monogamous relationship or even dating someone at all times, then she didn’t know who she was. She put guys she barely knew before her friends on multiple occasions. She had no idea how to listen to anyone who thought slightly different than her, and in her eyes, those people who did think differently than her weren’t really people. She was extremely judgemental and put people in boxes to suit her, but also refused to sit down and talk to those people who knew she had misjudged them.

So when I finally decided to detach myself from Carrie’s emotional and narcissistic dependence on me, she decided that she no longer wanted to be friends. She had to find a new therapist that she didn’t have to pay. When the confrontation did come and I tried to be honest with her (something she hated), I became the verbal abuser. Yes, being a truthful person makes you a verbal abuser—not cussing someone out and calling them foul names, but being honest.

I tell you this story because I want you to be PICKY with your friends. As children, society teaches us to be nice to everyone, to make friends with everyone, and to not really be picky with our friendships. What they should teach children is that some people are jerks, some people are narcissistic, and some people really just don’t know how to be in a two-sided friendship. If you’re sitting here reading this and thinking that your friends aren’t really all that and you need to reevaluate your relationships, then you probably should. As I like to say, “No friends are always better than shitty friends.”

I love black coffee and people who mind their own business. Dog mom.