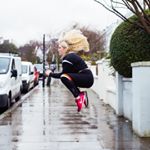 It’s done. And no matter how many sleepless nights you lay awake hoping it will change, it’s not going to change anything.

Stop watering flowers that died a long time ago.

It’s time to replant something new and allow a new love to bloom even more beautifully than the last.

You’ve spent too long wasting your best years on someone who left you so easily, without a second thought.

You sleeplessly lie awake at night while he dreams peacefully next to the new you.

Learn to know when it’s time to hold on and when to let go. Holding on is just giving you rope burn. It’s time to let your sails go and let the wind take you where it needs to.

Stop fantasizing about him swooping in and saving the day. He’s your villain, not your hero.

Stop thinking over every little detail of your relationship, the highlight reel of your romance. Stop idolizing him for leaving. He left—no great love story starts with Prince Charming ditching the princess.

He’s not your happily ever after, he’s just the full stop at the end of a chapter.

You need to remember how it ended. Why it ended.

Maybe he couldn’t love you the way you needed to. Maybe he strayed, cheated, betrayed you. Maybe you grew apart. Maybe it was ultimately your decision. It doesn’t matter anymore—your soulmate would never leave you feeling this broken.

They would never give anyone else the space to swoop in and take you. They would never leave you feeling this vulnerable, questioning your self-worth while giving someone else all the love and attention you crave and need.

You are good enough, strong enough, beautiful in every way. He’s just too weak to notice.

The truth is he’s going to move on. He probably has.

Men tend to jump from nest to nest while making sure he has a safe place to land. When he does it move on, it’s going to hurt again. Your heart will race the first time you realize he’s calling someone else a nickname that should have been yours, that he’s got his hands on someone that isn’t you. And you will wonder what she has that you don’t.

She’s not better than you. She’s just better for him.

You are a beautiful soul. You deserve to be the first thought on someone’s mind the minute they wake up; your name the last words on their lips before they go to sleep.

Instead, you’re holding onto the memory of a person who doesn’t think about you. He’s making new memories without you. You need to let him, because deep down you know he’s missing out on not having you around, and in knowing that, you immediately win. Sane men don’t let good things walk out their lives.

Stop giving him so much credit. So much influence over your feelings and emotions. He’s hurting you because you’re letting him, and he’s not even doing it on purpose anymore.

So, make a promise to yourself, a conscious decision. Stop. Let him go. His actions are his and let them stay that way, stay unaffected to everything. Stop settling for anything that doesn’t bring complete and total joy.

Don’t settle for anything less than something that sets your soul on fire.