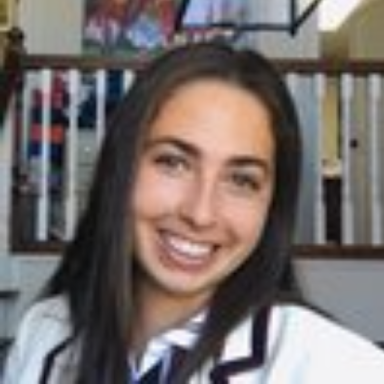 Starting a new relationship comes with so much uncertainty. Those first few months feel like a rollercoaster (and a great one at that)! But right after you start to feel confident enough to disclose your relationship, another foreign, daunting task comes along: telling your friends and family.

Telling your loved ones about your relationship shouldn’t be a big deal. But in today’s society, it is. You’re essentially saying, “Hey, just a heads-up, this person is my favorite human being. Please like them as much as I do.” It’s a big deal to share this with people who know you so well.

On the other hand, receiving the news isn’t always so easy. It’s hard to know how to react, what questions to ask, and what to say when they describe their new partner. So, in efforts to prevent frustration and awkward silence, here is a (non-exhaustive) list of things to never say to someone in a relationship.

And yes, before you ask, all of these are actual quotes friends and family told me when I announced I was dating someone for the first time.

This first one is probably the worst reaction any of my family members had when I told them about my boyfriend. This family member didn’t mean it maliciously, but it sure came off that way.

Even if you’re not a fan of their chosen S/O, saying this is the total wrong move, especially to someone who is clearly happy and enthusiastic about their partner. All it does is squash their happiness and provoke anger.

The important thing to do is to be supportive. Finding a partner is a difficult task, and you should trust that this person is right for them. Assuming and worrying that they’ll break up is not only outrageous and pessimistic, but it’s also super discouraging. If you feel protective or skeptical, it’s probably best to just bite your tongue and be happy for them.

I hate to break this to you, but no matter how close you are to this person, their sex life is none of your business. If they feel like sharing the private, intimate details of their relationship with you, they will do so on their watch.

Not only does saying this cross some serious boundaries, but it also emphasizes the physical part of a relationship too heavily. A real, long-term relationship is about so much more than just the physical stuff — it’s also about the emotional connection. If this person is telling you about their S/O for the first time, don’t resort to questions about sex or attraction. Instead, try asking what this person is like. I mean, think about it: doesn’t it seem ridiculous to ask about their sex life before even knowing what their partner does for a living?

The point here is, don’t cross the line. If they think you need to hear certain information about their relationship, they will tell you.

When it comes to finding a long-term relationship, the concept of having a “type” essentially dissolves for a lot of people. Remember this before questioning someone’s attraction to their S/O.

It’s not ground-breaking that your friend used to say they liked brunettes, but is now dating a blonde person. It shouldn’t be news when they start dating someone three inches shorter than their usual preference. These tiny physical details are inconsequential, superficial aspects that are not important when looking for a long-term partner.

For all of the single folks out there: It’s okay to take your time! Remaining single for a while is an absolutely acceptable choice, whether that’s because you’re not sure what you want or because you simply prefer the single life. Whatever the reason, it’s your prerogative.

The phrase “it’s about time” gives off the impression that love can be easily acquired, which could not be farther from the truth. True love takes patience, and it definitely doesn’t come out of nowhere. It takes work, sacrifice, and deep thought. This phrase makes it seem as if looking for a relationship is as simple as waiting for the bus.

5. “Ugh, does that mean they’re going to take up all your time now?”

This just in: it’s possible — and common — to spend an adequate amount of time with more than one person. Instead of assuming that they’ll completely dismiss you, have faith that they’re a true friend who wouldn’t toss you aside.

Instead of saying this, try something like, “I’m excited to meet them.” Perhaps that’ll convey your wish to continue prioritizing your friendship while supporting their newfound relationship.

As a close friend or family member, your job is to support and cheer on this person. They’re not telling you because they want criticism or inappropriate questions; they just want you to be happy for them! Just remember: If you don’t have anything nice to say, don’t say it.

Abby is a student, writer, and graphic designer. Follow Abby on Instagram or read more articles from Abby on Thought Catalog.

To Have Great Relationships, Always Make The First Move

7 Ways to Regain Your Confidence And Quit Acting Clingy